Life is found in pretty much every corner of Earth, no matter how extreme the environment. But, what about other planets? What are the exact conditions required for life to flourish? That’s what NASA wants to know, and they are putting up $50 million to seven research teams to find out.

“With the Curiosity rover characterizing the potential habitability of Mars, the Kepler mission discovering new planets outside our solar system, and Mars 2020 on the horizon, these research teams will provide the critical interdisciplinary expertise to help interpret data from these missions and future astrobiology-focused missions,” said Director Jim Green of Planetary Science Division at NASA’s Headquarters in Washington.

On average, each team will receive $8 million in grants. Their mission? “To study the origins, evolution, distribution and the future of life in the universe.”

Each team will look at different areas for life.

For example, NASA’s Jet Propulsion Laboratory will look into the possibility of life on icy worlds such as Europa, Ganymede and Enceladus. The University of California, Riverside will look closer to home. They will study early Earth and determine how the planet has remained habitable for most of its existence.

“The intellectual scope of astrobiology is vast, from understanding how our planet went from lifeless to living, to understanding how life has adapted to Earth’s harshest environments, to exploring other worlds with the most advanced technologies to search for signs of life,” said Mary Voytek, director, astrobiology program, NASA Headquarters. “The new teams cover that breadth of astrobiology, and by coming together in the NAI, they will make the connections between disciplines and organizations that stimulate fundamental scientific advances.”

Check out NASA’s Astrobiology article to learn more about what each team brings to the search for alien life. 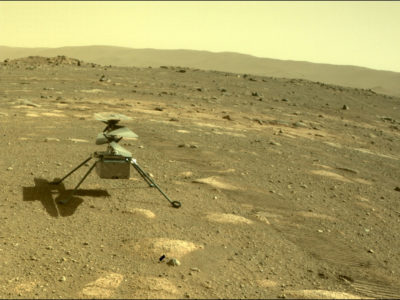