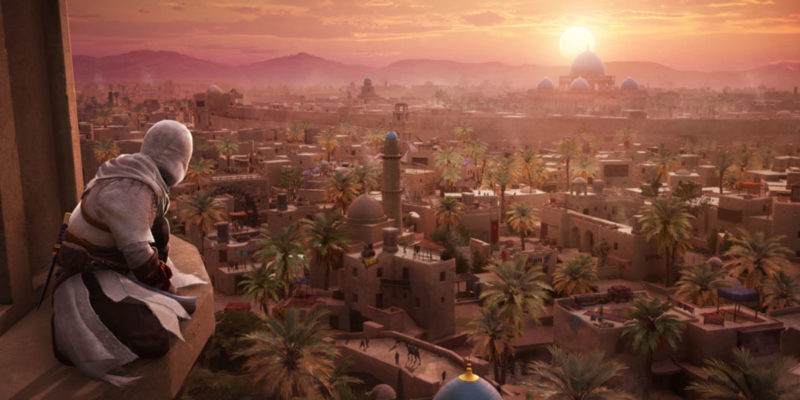 A new report narrows Assassin’s Creed Mirage’s release date from a vague 2023 release to August 2023. That’s according to Insider Gaming. They are quick to note that the release date is “tentative” and say the game was expected to release earlier in the year – but has been delayed twice internally.

Assassin’s Creed Mirage is “built as an homage to the first Assassin’s Creed games,” according to Ubisoft. That means a return to the faster and stealthier gameplay of the originals. Not the more RPG-focused games we’ve seen in recent years. Ubisoft’s plan is to cater to both sets of Assassin’s Creed fans.

Since Assassin’s Creed Origins, the franchise has taken a more RPG-centric approach and has found a lot of success in doing it. But some fans miss the gameplay of the older games, and Mirage is designed with that in mind.

Here’s the first Mirage trailer from September if you missed it.

Assassin’s Creed Mirage is coming to both current and last gen consoles as well as PC in 2023. The smaller scope of the game also translates to a slightly smaller price point at $49.99.

The Insider Gaming report also offered a very brief update on the other Assassin’s Creed games. Assassin’s Creed Red (set in feudal Japan and following the RPG design philosophy of the last few games) is apparently facing some issues in its early development. While Assassin’s Creed Hexe’s proof-of-concept was met with “overwhelming positivity.”