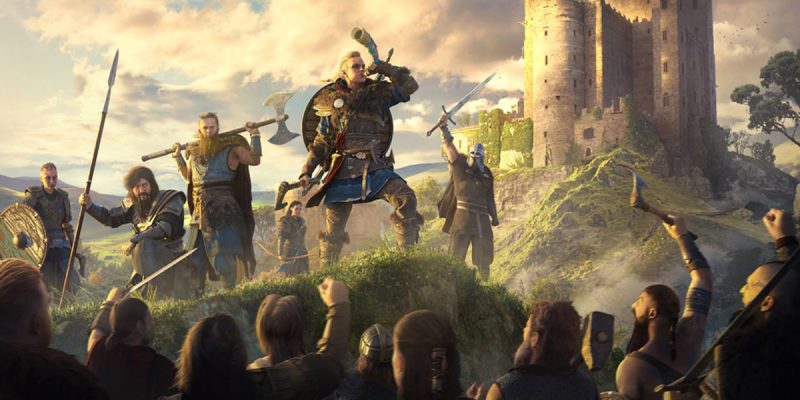 Assassin’s Creed: Valhalla’s story won’t just be about the fight over England. But also the broader conflict between the Assassins and Templars. Today’s new trailer doesn’t take long to introduce us to the Assassin Brotherhood.

We see at least a pair of Assassins return with Sigurd as he reunites with his brother Eivor (who we play in the game). Narrative Director Darby McDevitt touches on this moment in more detail in a blog post published alongside the trailer.

“In the early hours of the game, Sigurd returns from a long voyage that has taken him to Constantinople and back. It was in that city he met and befriended the Hidden Ones, and learned many of their customs. Of particular interest to him was the Hidden Ones’ wrist blade, one of which he gifts to Eivor. Gift-giving was an important custom among the Norse, and it is through this exchange we see how deeply Sigurd respects Eivor.”

McDevitt teases that we’ll have to find out how these ‘Hidden Ones’ react to Eivor receiving the wrist blade.

McDevitt also briefly touches on the conflict between these two groups and what we can expect in Valhalla.

“The Order of the Ancients are the Hidden Ones’ current enemies in Assassin’s Creed Valhalla, and they have overtaken England with the aim of spreading their retrograde views. We have taken great pains to dive deep into the beliefs of the Order of the Ancients in our game, beliefs that differ somewhat from the Templars as we know them today. So, at the core of Assassin’s Creed Valhalla is a story of how Eivor and Sigurd and the rest of their clan have a deep and permanent impact on the future of these two groups.”

Assassin’s Creed: Valhalla’s story and mission structure was modeled more on Norse sagas rather than history. “As such, Valhalla feels more like a picaresque – like “Don Quixote” or “The Adventures of Huckleberry Finn,” says McDevitt.

I’m a sucker for Viking history, so I’ll be in Valhalla on day one. But it sure would be nice to see Assassin’s Creed: Vahalla running on Xbox Series X before launch.