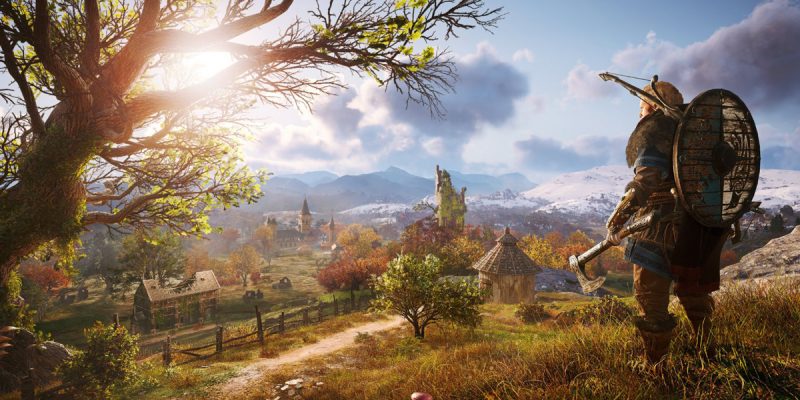 There’s been some confusion about how big Assassin’s Creed Valhalla will be. A now-deleted tweet from Ubisoft’s head of communications for the Middle East, Malek Teffaha, said it “won’t be the longest or biggest game in the series.” Producer Julien Laferrière recently chatted with YouTuber Julien Chièze and had this to say about the game’s scope. (translation via Reddit)

“I would actually say in terms of range, it is probably a bit larger than Odyssey. I do not have the exact figures at this stage, but we have not only created the whole country, which is in this case England, but also a good part of Norway too. There are other secret worlds, which I can not speak about today, which contributed to the size of the game.”

There you go. Valhalla will be bigger than Odyssey. Plus, “secret worlds” sounds intriguing. I’m hoping that leans more into Viking myths and not real-world locations.

I mean, it’s an Assassin’s Creed game. Of course, it’s going to be huge.

Ubisoft is saying the right things for old-school Assassin’s Creed players. We’ll have to wait for the big Valhalla showcase during the Ubisoft Forward event on July 12 to see how it all comes together. Show me a stealth mission, and I’m there day one.