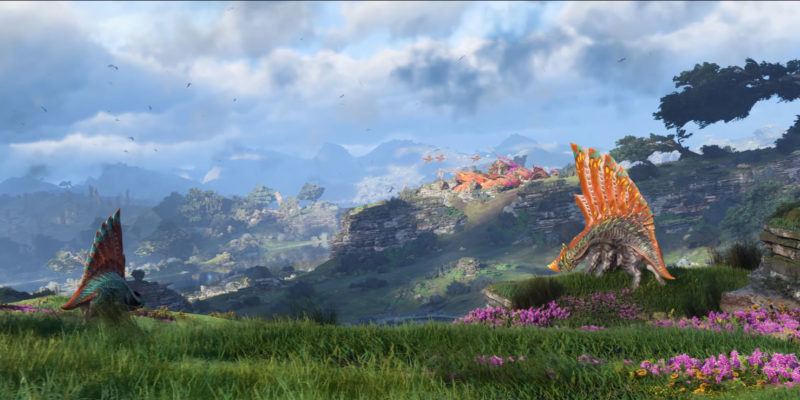 In the past, Ubisoft’s Snowdrop engine was used to craft realistic urban centers with Washington D.C. and New York City. Next year, this same engine will flex even harder to create Avatar: Frontiers of Pandora. Yesterday, Ubisoft released a short tech showcase showing off the improvements made to the engine that powered The Division titles.

“The world of Avatar that James Cameron and his team brought to life is epic in so many ways. It’s brimming with life, it’s bioluminescent at night, and it’s as majestic in scale as it’s rich in details”, says technical art director Sebastian Lindoff in the video above.

Technical artist Kunal Luthra expands a little more on what this means from a technical standpoint. The improvements to the Snowdrop engine include “many interactive shaders that can be affected by the player, from real time wind simulations and interactions to intelligence plants reacting to your presence.”

Lead narrative realization designer Alice Rendell also briefly touched on NPCs, the AI, and how they “created a system where our NPCs understand the state of the world. For example, weather, player progression or time of day.”

Lindoff calls the work on improving Snowdrop in Avatar: Frontiers of Pandora “without a doubt the biggest leap we have made so far.”

The glimpses we’ve seen of the game so far look fantastic. But we’ll see how it all comes together once we get our first look at some actual gameplay. I’m curious to see how the HUD and first-person gameplay (especially flying) look.

Avatar: Frontiers of Pandora is set for a 2022 release.