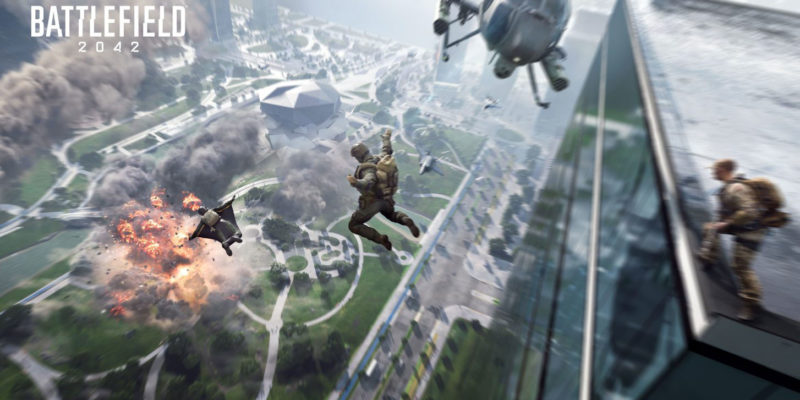 More and more games are embracing bots. Halo Infinite will introduce them for the first time, and so will Battlefield 2042. In a lengthy official post covering all the new info for the new Battlefield, we learn there will be bots.

It’s the first time we’ve seen it in the Battlefield franchise, and they’ll be available no matter how you play – multiplayer, co-op, or solo. Here’s how EA describes each scenario.

Co-Op – Allows you to play together with friends, against AI soldiers.

Solo – If you wish to perfect your skills for multiplayer, you can even play alone against AI soldiers.

It’s great more games are including bots. New players can get a feel for how games play without getting stomped by seasoned vets. And long-time players can jump into a match with bots to mess around and learn new tricks or new ways to perform crazy ‘Battlefield moments.’

Right now, DICE is only talking about how bots work in Conquest and Breakthrough. Two more “distinct multiplayer experiences” are also being worked on. Hazard Zone is a new Battlefield game mode that EA will talk about later this year.

And there’s a mysterious new mode being built by DICE LA. The only thing we’ve heard about this mode is that it’s a “love letter to Battlefield fans and long-time players.” There has been some speculation it could be a level/map editor. When the Steam page first went live for Battlefield 2042, the label was included on the listing. But so was ‘single-player,’ so it could have just been a case of too much button mashing when the page first went live.

Still, it’s something to keep an eye on. The last time we’ve seen a map editor in Battlefield was Battlefield 2. And it’s hard to think about what else could be a “love letter to Battlefield fans and long-time players.” Especially something that is being developed by an entire DICE developer in DICE LA.