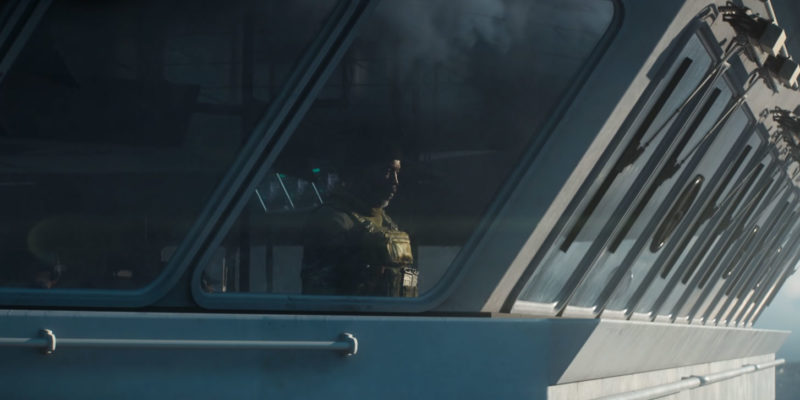 While Battlefield 2042 doesn’t feature a traditional campaign, DICE still plans to tell a story. And if their short film Exodus is any indication, it’s going to surpass expectations. Battlefield isn’t traditionally known for excellent stories, but this short film is incredible. I’ll take a two-hour movie like this.

Yep, that’s Battlefield 4’s Kimble ‘Irish’ Graves. He’s no longer a U.S. Marine, instead commander of the No-Pat vessel Exodus. In nine minutes, we see how his loyalties shift, leading to the all-out war that sets the stage in Battlefield 2042.

Irish is the fifth playable specialist revealed by DICE, with five more (a total of 10) soon to be revealed before the game’s launch. We also see his abilities in multiplayer matches.

We’ve now seen Irish get a story-heavy trailer. Will we see the same for the other specialists? That’s the big question. And after today, I want to see a hell of a lot more of Battlefield 2042’s story. Will Hazard Zone be home to the game’s story.

DICE has still yet to reveal the final game mode for Battlefield 2042 called Hazard Zone. The rumor mill suggets it’s DICE’s take on Battle Royale (or at least a similar type of mode). Here’s how the game’s official website describes the mode: “Squad up and drop down into the Hazard Zone – and all-new, high-stakes multiplayer experience.”

A Hazard Zone reveal is expected a few weeks before the game’s release on October 22. One thing is for sure, I’m all in on Battlefield 2042’s story as of today, especially if we get more short films like this.