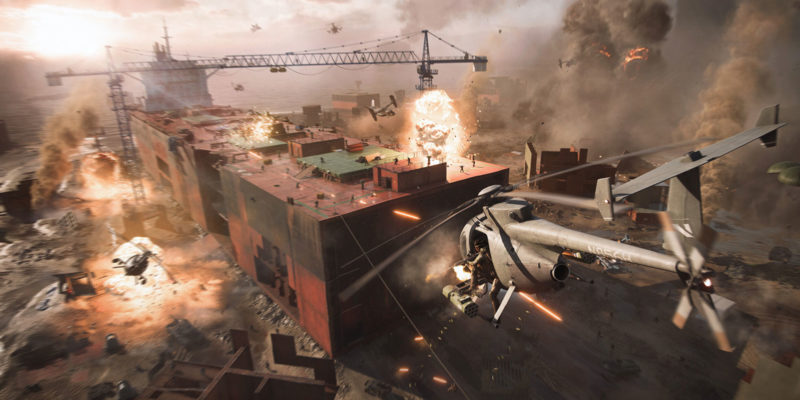 Right after the Battlefield 2042 reveal, storefronts pushed pages live for the game. Over on Steam, it briefly mentioned a ‘level editor’ before being updated to remove any reference to it. Here’s a screenshot of what it looked like for me right after the page went live.

Was this an error? An accidental leak? There’s also a mention of ‘single player’ in the original listing, which we know Battlefield 2042 is confirmed not to have. So, it’s easy to say this was an error. But I’m still holding out a little hope this could be an accidental leak.

Over at EA’s Battlefield 2042 page, there are three sections under ‘Game Experiences.’ And it’s the third one I want to highlight here. It’s titled [REDACTED] and says to “tune in to EA Play Live on July 22 and watch the reveal of this love letter to Battlefield fans and long-time players, developed by DICE LA.”

So, something developed by DICE LA that is a “love letter to Battlefield fans and long-time players?” I can’t think of any mode that fits the bill. But a level editor/mod tools? The last time we’ve seen that officially was Battlefield 2. Back then, mods like Project Reality were popular. Developers of that mod would eventually go on to make the hit tactical shooter, Squad.

“Battle royale is definitely something that is exceptionally popular right now,” said Berlin. “We don’t have any battle royale plan at this point, but we do have other experiences within the game that we can’t talk about which we are super excited for.”

He could be talking about a second mode Hazard Zone. But what if DICE gives fans the tools to create their own Battle Royale game or whatever else they can dream up?

This could all be a reach, but I’m struggling to think of a big feature/mode tied to Battlefield that would appeal to long-time Battlefield fans. A level editor/mod tools fits. We’ll have to wait and see what this third ‘game experience’ is when EA Play Live kicks off on July 22.