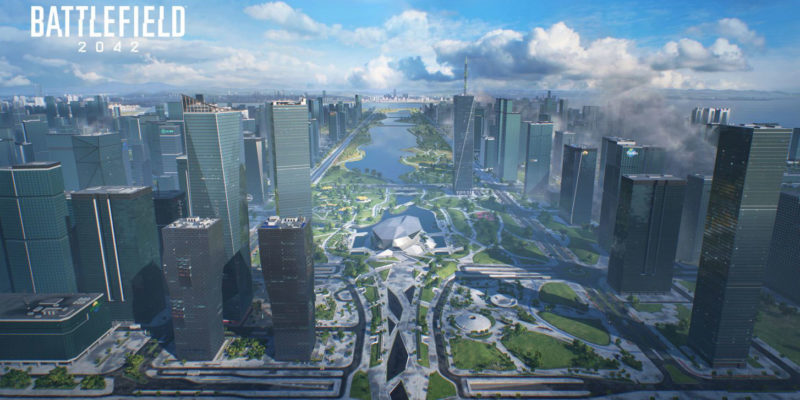 Nearly one month after asking for community feedback via Battlefield 2042’s Core Feedback initiative, DICE is diving into the map changes we can expect in a few months. The main takeaway? Better flow. More cover.

When DICE asked for feedback earlier this month, they highlighted several key areas: traversal, cover and line of sight, intensity, and paths. The blog post dives into changes being made on all those.

Traversal covers the time it takes to get from flag to flag. “Our proposed solution is to reduce overall travel time between these areas by moving them closer together,” DICE writes. Kaleidoscope was one of the maps with this issue. Renewal is another DICE is going to tweak after community feedback. Let’s take a look at the Kaleidoscope changes.

Here’s how Kaleidoscope’s flag positions look as of the most recent update.

And here’s what DICE is working on for Season 1.

Nothing too crazy, but this should make for better match flow. A closer look at the overhead map shows changes DICE is making to the next aspect they are tackling – cover and line of sight. B1 stands out as DICE swaps out the original gazebo for a small military base. Players get more cover, and it addresses another community criticism with the maps feeling too clean.

DICE is also toning down the number of attack vehicles on the battlefield at any one time. For 128 player matches, there will only be 2 attack vehicles and helicopters per category instead of 3. The devs are also doubling the cooldown from 60 seconds to 120 seconds for these two. And they’re shuffling the MD540 Nightbird from transport to the attack helicopter category. The same goes for the MC5 Bolte.

DICE also wants to gather more feedback regarding the call-in system. Right now, most feedback centers around restricting the system to only light vehicles and Ranger.

The devs are also looking into the paths between flags. Cover is one suggestion. Another is ditching areas on the map that aren’t used much. “A good example of that would be on E1 on Renewal, which we are reviewing to become an out of bounds area to make an immediate improvement to pathing on that map,” the devs write. Here’s how that could look.

Ok, when can folks expect these changes to go live? The easiest changes are coming in the next update (changes to vehicle play). The broader map changes coming to Kaleidoscope and Renewal will hit during Season 1. There is no specific release date on Season 1 outside of a vague “early Summer.”

Similar changes are coming to Battlefield 2042’s other launch maps, but those won’t be talked about until Season 1 and won’t launch until Season 2.

DICE isn’t done asking for the community’s feedback either. In a couple of weeks, another blog post will focus on Specialists. I already know how that feedback is going to go. The more Specialists resemble Battlefield’s traditional class system, the better.

We’ll see how all these improvements shake out. Battlefield 2042 has one hell of an uphill climb ahead of it. I’m not saying it’s impossible, but the devs have their work cut out for them.