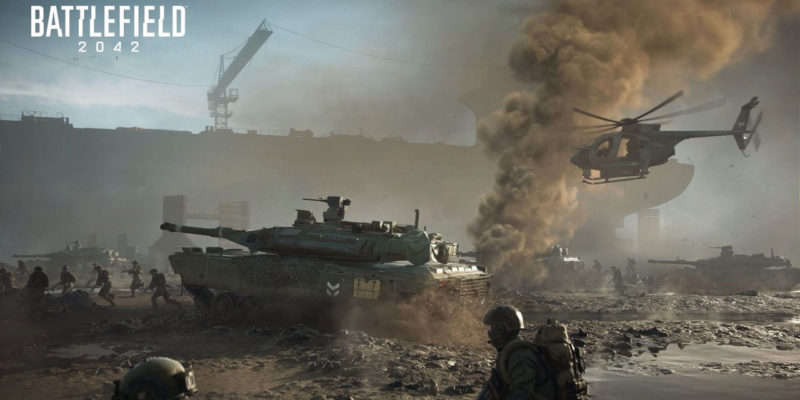 There were some rumblings the Battlefield 2042 beta was set to be next week, but that’s looking unlikely. EA’s Lead Community Manager jumped on Twitter to show off a few new snippets of gameplay and also confirmed we’ll hear more about the open beta “in the next few weeks,” while also confirming it’s still set to come out in September.

DualShockers’ Tom Henderson, who has been pretty spot on with his Battlefield 2042 info, says the beta kicks off on September 22.

That lines up with the ‘few weeks’ timeframe from EA’s Lead Community Manager.

That’ll put the open beta kicking off just a month from the game’s official release—basically, a demo/server stress test. Cross your fingers that the server folks at DICE and EA use this as an opportunity to prepare for a smooth launch.

Battlefield games are notorious for rough launch periods. Battlefield 4 is one of my all-time favorite shooters, but getting a match of Conquest going in the first few months after launch was a chore. With interest in Battlefield at heights we haven’t seen in years, EA needs a smooth launch to capitalize on all the hype.

And while launch is right around the corner, there’s still plenty for EA to reveal. There are five specialists we know nothing about. Plus, the Hazard Zone game mode. All the unofficial info (via data mining, leaks) we’ve heard about Hazard Zone likened it to Escape From Tarkov/Hunt Showdown (single life, extracting, fighting AI/real players, that kind of stuff).

The holiday season is shaping up to be a fantastic one for shooter fans with a new Battlefield, Call of Duty, and Halo, all within a month or so of one another. For Battlefield fans, we’ll be getting our hands on a modern Battlefield for the first time since Battlefield 4 in a couple of weeks.