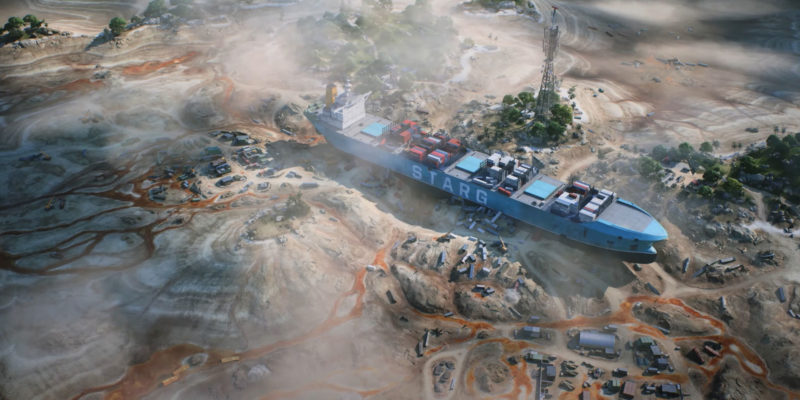 Battlefield 2042 is slowly turning into the game we all hoped for when it launched. After announcing a Specialist revamp that will return to the traditional Battlefield class system, DICE’s trailer folks put together another fantastic look at a new map coming later this month.

Stranded takes place in a drained lake in Panama, with a vast cargo ship being the focal point. It’s easy to draw comparisons to the Discarded map, but it does appear to be a smaller map based on the trailer.

Jackfrags did say Stranded is smaller than all the other maps in the game. This is an instant plus since my biggest gripe with the original maps was they were too big. He also said there is only one variant for 64-player and 128-player matches. So, get ready for quite the action-packed battlefield when playing 128-player Conquest matches.

DICE is also working on a pair of Map reworks for Season 2. Renewal will get the same treatment as Kaleidoscope received last season. The map itself will be trimmed down as the devs work to improve the focus and flow of the map. The main goal is to make traversing the map less of a headache for infantry. The rework for Renewal is expected to go live in September with the 2.1 update.

Orbital is getting the same treatment, with the updated version coming in October.

It’s been a slow turnaround, but it might be time to take another look at Battlefield 2042.