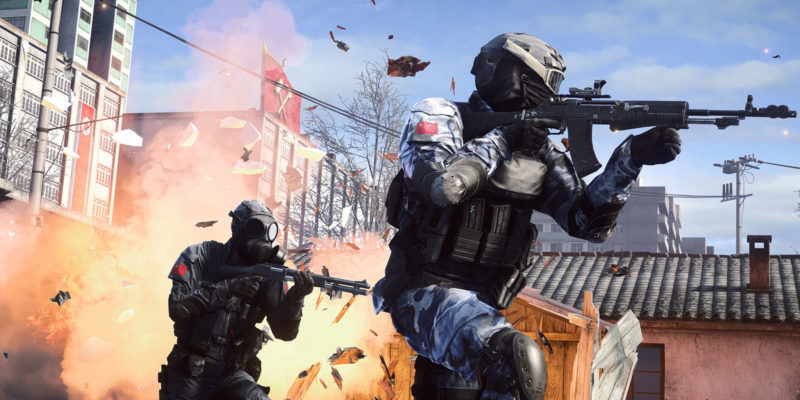 And with this Battlefield 4 resurgence comes the need for more servers. I know when I fired up the Xbox version over the weekend, pretty much any Conquest server I tried joining had a queue to get into it. The problem is even worse on the U.S. west coast.

An EA community manager had this to say recently about the influx of more players:

Since then, many of you have jumped back into Battlefield 4 to already get a taste of the return to all-out-warfare. We’ve been monitoring your experience and noticed queue times in the US West region were far longer than in other regions. Good news, we’ve increased server capacity for this region – you can expect less waiting, and more playing.

I know it’s unlikely to happen, but a resolution update on Xbox would be sweet. Going to 720p resolution is rough after playing games up to 4K on my Series X.

Battlefield 2042 marks the long-awaited franchise return to a modern setting. It’s been eight years since the bumpy launch of Battlefield 4. While it took a few months to get the server issues ironed out, it was a fantastic shooter to play. Battlefield 2042 hopes to recapture that former glory, and this month’s reveal was one hell of a first step towards accomplishing that.

We’ll be getting another in-depth look at Battlefield 2042 during EA’s Play Live event on July 22, 2021. There, we’ll learn more about the other two modes coming to the game (Hazard Zone and something else developed by DICE LA).