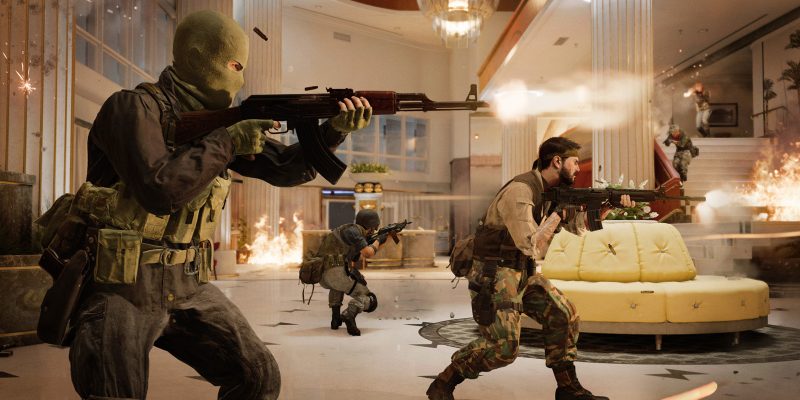 Modern Warfare’s Ground War wasn’t the deepest mode, but it scratches the Battlefield itch while we wait for that franchise to return to the modern era. Fireteam: Dirty Bomb is one of Treyarch’s answers to bringing a big team mode to its side of the Call of Duty franchise.

In the same blog post announcing a FOV slider for all platforms, Treyarch describes the new mode as offering “the most imaginative game loops we’ve ever designed.”

Here’s more about the mode coming in Weekend 2 of the beta:

Fireteam: Dirty Bomb cranks the action up to 11 with multi-squad insanity. A total of 40 players broken out into 10 teams will compete to take out enemies, collect uranium caches, locate Dirty Bombs scattered throughout the map, and successfully deposit their uranium into said bombs to detonate them and get the win.

Each detonation causes radiation to leak out to large areas of the map, scoring points for the team that ignited the bomb and transforming huge portions of the map into radioactive hazards for everyone. The longer a player hangs onto uranium, the longer radiation sickness sets in. This affects Perk benefits, movement, health regeneration, and ultimately, your Operator’s life.

When that life runs out, you’ll experience the Fireteam Spawn system unique to Fireteam modes in Black Ops Cold War Multiplayer. You’ll have to make a tactical choice in redeploying into the map by spawning onto a teammate not currently in combat, by parachuting right back into the action, or by spawning directly into the passenger seat of a teammate’s vehicle for instant gratification.

“Across every Fireteam mission and mode, you’ll discover some of the most imaginative game loops we’ve ever designed. The Fireteam format allows us to emphasize teamwork and reward creativity, and it allows you to do things you’ve never done in Black Ops Multiplayer before.” (emphasis mine)

The new mode will be playable across two maps in the beta. Here’s an image showing off one of the dirty bomb objectives.

There’s plenty more we still don’t know about Cold War’s take on big team modes. The “mission and mode” phrasing is interesting. What do missions look like compared to modes? How many maps are coming on day one? Will the big maps all take place inside one much larger map for Warzone?

It seems like Treyarch is putting a lot of work into their big team modes. We’ll find out for ourselves during the second weekend of the Black Ops Cold War beta, which kicks off October 15 and goes through October 19.