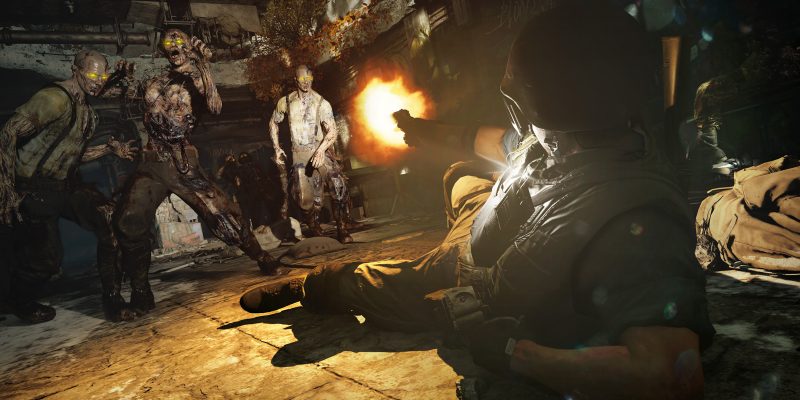 Whenever a Treyarch Call of Duty comes around, it’s all about the Zombies for a decent chunk of the community. Today, we get our first look at the Zombies mode in Call of Duty Black Ops: Cold War. The eight-minute long video starts with a trailer before offering up new details on what Cold War’s take on Zombies brings to the table. First up, here’s just the trailer.

I’m probably in the minority of the Zombies community, but I’ve always just enjoyed jumping in with a group of friends and seeing how many rounds we can last. I leave all the easter eggs and puzzles to the experts, and then mess with them after a few weeks.

A longer ‘First Look’ video gives us the first info on story and gameplay. Some pretty significant changes are on the way on both fronts.

First up, progression is unified across all game modes. Whatever guns and attachments you have in multiplayer also carry over to Zombies. We also won’t have to start with the pistol at the beginning anymore. Any guns unlocked can be selected from the get-go. Want to use your favorite assault rifle every match? Go for it. The developers also briefly touched on a rarity system that uses power levels across all weapons.

“Every gun has a path to become an uber weapon,” says Treyarch’s Craig Houston.

A blog post explains that the higher the rarity, the more damage and attachments you can have on the weapon. “For the first time, this will allow any weapon in the game to be sustainable in later rounds,” Treyarch writes in a blog post.

Sounds good to me. Pretty much all my games wrapped up with me holding an LMG and a Ray Gun. Having the entire Cold War arsenal viable in late-game is going to be awesome.

Perks return as always, but we won’t be limited to how many we can have this time. If you can afford the perks, you can buy them all.

Treyarch is also helping us out when we weren’t quite expecting to be in the midst of an all-night Zombies match. Dying used to be the only way to end a game. With Cold War’s Zombies, an Exfil feature is being added. Here’s how the developers explain it:

“If the whole squad is in trouble, you can opt to exfiltrate the undead combat zone via helicopter. Although zombie spawns will be dialed up to 11, you should expect to earn some rewards if your squad completes this final push to survive.”

Treyarch also touches on scorestreaks, and a bit about the new story in the ‘First Look’ video.

My first impressions are it looks pretty damn good. We’ll see how all the changes come together, but I’m already digging the weapon rarity and exfil features.