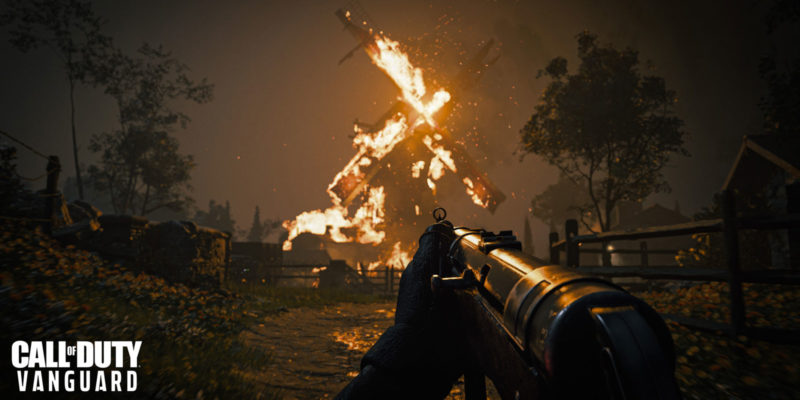 Today’s Call of Duty: Vanguard reveal day, and we’re learning more about what the game will launch with when it hits on November 5. First up, here’s the trailer if you haven’t seen it yet.

Now to the good stuff. 20 multiplayer maps are coming to Call of Duty: Vanguard on day one. 16 core maps (think 6v6) and four 2v2 maps. 16 maps is double what Black Ops Cold War launched with just under a year ago.

From my count, 20 will be the record for most a Call of Duty has ever had at launch. But we have seen Call of Duty games with 16 core maps. Modern Warfare 2 and 3 both launched with 16. Still, it’s a number we haven’t seen in a long time.

We’ll have to wait and see if these maps are any good, but 16 gives the devs a hell of a lot more wiggle room than Cold War’s 8. We’re bound to get at least a half dozen excellent maps out of the 16.

These maps will take place across the entire WWII theater. From Europe, North Africa, and the Eastern Front to the Pacific. One of the biggest criticisms of EA’s Battlefield V was the lack of Eastern Front and D-Day content. Vanguard is to looking to avoid that criticism.

Another piece of great news is the confirmation of an anti-cheat system. Let’s cross our fingers it works, but finally getting official confirmation is what many in the community have been waiting for.

Today’s Call of Duty: Vanguard reveal did the job. My interest in Call of Duty had been wavering a little bit, but 20 maps at launch is a hell of a number to throw at fans. I’m still not completely sold on the return to WWII, but we’ll see what the team at Sledgehammer Games has planned to keep gameplay fun while not restricting themselves too much by setting the game in WWII.