Want to know how your color perception stacks up against the rest of the world? Lenstore, a UK-based vision care company, created a 10-question, online test to challenge our ability to differentiate between various shades of color.

How challenging is it? Less than 1% of those tested were able to achieve a perfect score. The average settled around 6 correct answers out of 10. Either head over to Lenstore to take the test or see how you stack up below:

Colour is in the Eye of the Beholder by Lenstore UK

Me? I managed a 9 out of 10. It feels like an inadvertent ad for the upcoming Apple Pro Display XDR monitor. All that extreme dynamic range for $6000. And the extra $1000 for the stand and your color perception will be off the charts. Or maybe it’ll have you seeing red.

Jokes aside, several data points are emerging from the test. Women perceive color better than men with the average score for women at 57.7% and 53.8% for men. Color perception also drops with age. The older we get, the less perceptive we become.

A fascinating connection made throughout testing is the relationship between language and color perception.

“Color perception depends on several factors, including colour vocabulary, home country, and languages spoken,” Lenstore says. “The way we talk about color plays an important role in how we perceive it. English didn’t have a word for ‘orange’ until two centuries after the fruit of the same name arrived in Europe. Before then, the color was called ‘yellow-red.’

Speak multiple languages? Your average score edges higher as the number of languages you speak increases. Subjects who spoke three additional languages had an average score of 60%.

My question would be how various career paths impact color perception? Are photographers able to distinguish shades of color better than the general public? What about graphic designers? It’s a fun test. Maybe not scientific, but still a fascinating look at the data emerging from the thousands taking part. Test your color perception above. 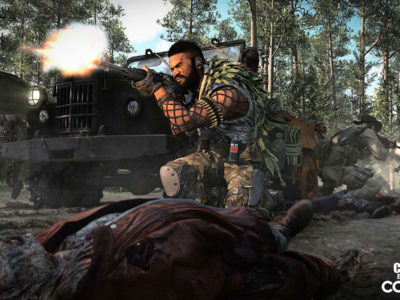 Call of Duty Drops One Hell of A Zombies Outbreak Trailer