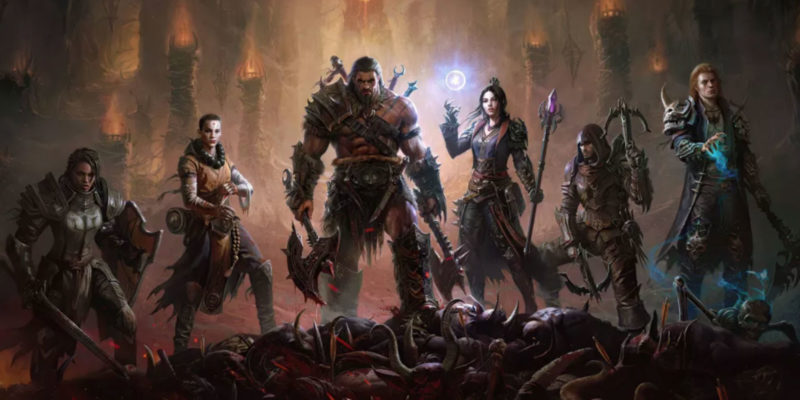 “Do you guys not have phones?” It turns out, we won’t need them to play Diablo Immortal. Blizzard announced this morning that Diablo Immortal is coming to PC alongside the mobile launch in June.

Blizzard did say the PC version will launch as an open beta test, but all the game content and features will be there on day one. And progress will carry over into the final version. It gives the devs an out if anything breaks on the PC version.

Why the change from a mobile version to also launching on PC? Blizzard knows folks would try playing it via an emulator anyway, so they wanted to make sure those who want to play it on PC also have a good time with the game.

“On one hand, we felt that we wouldn’t be doing the title justice by releasing a game originally designed for mobile on PC,” Blizzard writes, “on the other hand, we wanted to make sure the game reached as many players as possible—especially our most dedicated PC fans.” But, Blizzard explained, “the deciding factor was that we knew many of you would attempt to play this game through an emulator, thus leading us towards building a better experience.”

What’s this “better experience?” Controller support, UI scaling, and cross-progression. There will be three control options on the PC side. Besides the usual left-clicking and new controller support, Blizzard is adding a W/A/S/D directional control scheme.

They “felt it was an intuitive way to move your character around, instead of relentlessly left-clicking for both moving and attacking.” They also feel it works better with certain charged abilities seeing as Diablo Immortal was designed with a mobile-first control scheme in mind.

As for controller? Blizzard says controller support is seamless, and many of the controls can be remapped. Here’s a default layout of what we can expect.

My interest in Diablo Immortal is definitely higher than it was yesterday now that I know it’s coming to PC. But some questions remain? And the answers won’t come until we all play it. What’s the end game look like here. Sure, the leveling experience is part of Diablo – but the real fun doesn’t come until you hit max level and start maxing out builds.

I’ll be keeping my expectations in check for now. Diablo Immortal is designed as a mobile game. I’m not expecting any crazy end-game here. Plus, that’s what Diablo 4 is for. Still, I’m always down for my loot fix. We’ll see what Diablo Immortal offers when it hits mobile and PC on June 2.