With the drone market exploding in popularity, regulators have been playing from behind. That has led to blanket bans of drone use, even when it falls under the rules laid out in the FAA’s Part 107 licensing of drone pilots.

DJI, the leader in consumer and professional drone sales, announced the FAA had named it a LAANC (Low Altitude Authorization and Notification Capability) supplier. What it means is DJI will be able to offer services to Part 107 holders to fly in the previously restricted airspace around airports.

LAANC was created earlier this year to help mitigate the time it took for authorizations of drone use and to provide real-time updates in the areas open for use and altitude corridors. The information can be used by drone pilots to safely plan flights and LAANC promises near instant approval of applications.

“DJI has always led the industry in helping open America’s skies for productive small drone flights while keeping safety as the top priority, and offering LAANC capability to our customers is another example of our dedication to meeting their needs,” said Brendan Schulman, DJI Vice President of Policy & Legal Affairs. “The LAANC system is a testament to the FAA’s global leadership in integrating drones into the airspace safely and efficiently, including in areas that are close to airports, using a technology solution that reflects the fast-paced development of the drone industry.”

The ability to integrate LAANC into its drone ecosystem allows DJI to open up nearly 2000 square miles of airspace, most of which are in urban areas, to drone use. Use cases can be anything from survey work to professional photography and videography. According to DJI, it’s new position as a LAANC supplier will help up to 100,000 Part 107 certified drone pilots in the United States.

It’s also a PR win for the company and shows the way responsible drone pilots can happily work within the restrictions. Most of the regulations have been borne out of local, state and federal governments not understanding the industry. The vast majority of drone pilots operate safely and within legal limits. Yes, there are bad actors. Thankfully, regulators and industry leaders can take a step back and allow common sense regulations in place of outright bans.

You’re probably wondering on a timeline for the feature to land in the DJI app. Right now there’s no information on a timeframe on when LAANC will become a part of DJI’s ecosystem. Considering the FCC leak of the Mavic 2 Enterprise edition, I’d side with sooner rather than later. 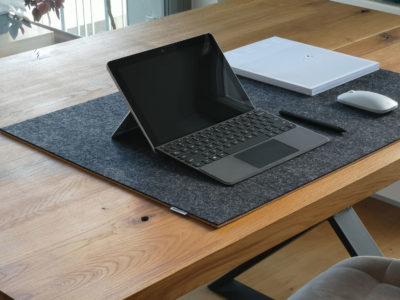