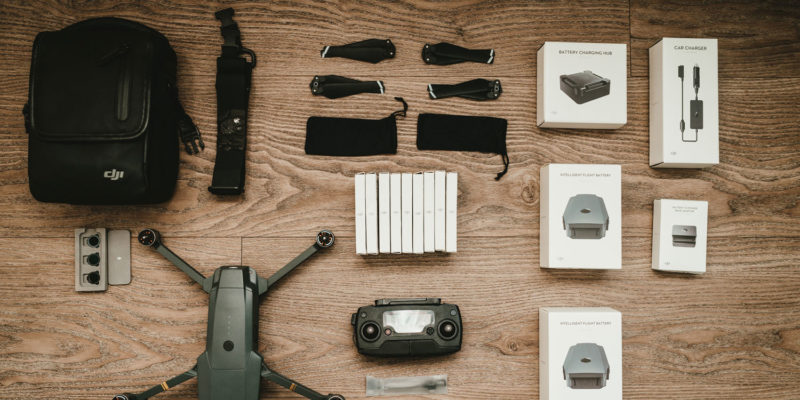 There are leaks and rumors, and then there’s the past week for the forthcoming DJI Mavic 3 camera drone. Rumors have quickly turned into concrete information as high-quality drone images, and the owner’s manual has leaked onto social media.

According to the leaked documents, DJI is preparing to launch two Mavic 3 models. The first is the standard version – Mavic 3 – which includes both a wide-angle lens and telephoto lens stacked vertically. The Mavic 3 Cine is slated to have an onboard SSD and high-speed data cable for dumping footage.

If that turns out to be the only actual difference, the price differences between the two models will not be enough to convince me to opt for the Cine model over the standard. MicroSD cards are only getting faster, and there are very few scenarios when onboard storage trumps the easily swappable card.

Those wanting a megapixel bump from the Mavic 2 Pro will be disappointed. The 20MP sensor makes a return with video capability making the leap to 5.2K. Camera specs for dual-lens setup include a wide-angle camera with an 84-degree FOV, f/2.8, and a one-meter focus distance. The telephoto lens drops to an f/4.4 aperture and a 15-degree field of view.

If you look at a current Mavic 2 Pro, you’ll see the front obstacle avoidance sensors are pointed straight out. In the Mavic 3, these sensors are now angled to hopefully provide better coverage in tricky situations.

The major headline in the feature department has to be battery life. DJI keeps the hits coming with an astonishing flight time of 46 minutes. The standard caveat of perfect conditions and max forward speed of 15mph applies. Still, that’s a massive 50% uptick over the previous Mavic 2 Pro.

Current rumors have DJI set to introduce three SKUs for the Mavic 3. The standard Mavic comes in two variations, the standalone camera drone, and the Fly More Combo. The leaked what’s in the box points to the possible inclusion of the DJI smart controller for the Cine model, but it’s listed out as the DJI RC Pro.

DJI Mavic 3 Price. Current speculation is for the standard Mavic 3 to be priced at $1599. That’s in line with the older Mavic 2 Pro. As for the Mavic 3 Cine, it depends heavily on the size of the onboard SSD. Also, if there truly is an included V2 Smart Controller, we are looking at $2500.

When does the Mavic 3 Release? Judging by the pace of leaks and rumors, I’d count on October. With the current supply chain issues, it’s an open question on how well-stocked retail outlets will be as we get closer to the holidays. If you’re in the market for a new camera drone, I’d get ready to pull the trigger on release.