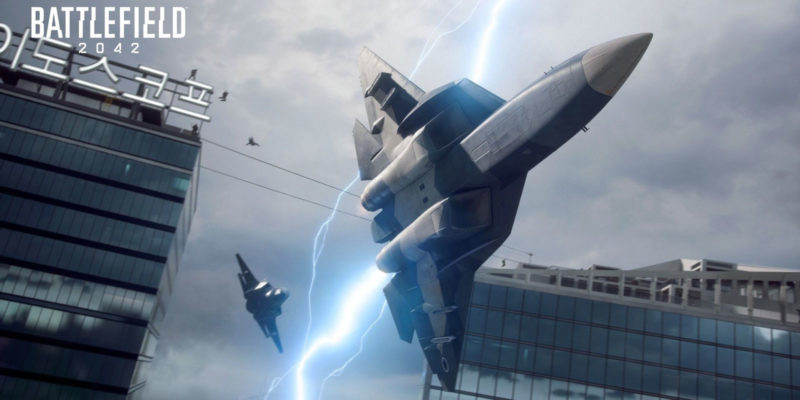 “I think that is our orientation but more importantly I think you should think about Battlefield as a service,” Wilson says as he hammers the point home.

“You know, what we’re doing for the launch of this game is really revolutionizing and reinventing what all our epic scale warfare is in the context of gameplay.

“In addition to that, we’ve announced Battlefield Portal, which really starts to lean into user generated content and will drive deep, long-term engagement in the game.

“And while we’ve announced Hazard Zone, to date we haven’t disclosed a lot about what’s going on there, and you’ll hear more about that in the coming months.

“You should understand that this really forms the foundation of what we believe the future of live service around Battlefield is, which over time will include a mobile launch, will include some free to enter components, and really change the nature of what happens from launch to launch.

“So that while an every other year launch probably makes sense if we think about it today, we’re really focused on 365-day engagement in the franchise at a platform level across any device that consumers may want to play on.”

That last part where he talks about an every other year launch making sense today is key. If Battlefield is pulling in buckets of money via microtransactions in a year from now, there won’t be the urgency to pump out new Battlefield games. Look at Apex Legends. We haven’t heard a peep about a brand new game. Why? It’s still one of the biggest games out there.

Ubisoft’s Rainbow Six Siege is nearing six years since its release. And they’re only now doing a spin-off focused on cooperative multiplayer.

If Battlefield 2042 comes roaring out of the gate (and it has the hype to do so), I imagine we’ll see its legs last longer than two years. Plus, there’s plenty of time in between to push out new content. Battlefield has an excellent opportunity to peel away chunks of Call of Duty’s player base as Warzone deals with its out-of-control hacking problem.

The big question for fans remains, what is this Hazard Zone mode? The rumor mill points towards a Battle Royale type mode (or could easily be turned into one). EA promises a reveal closer to the game’s launch on October 22.