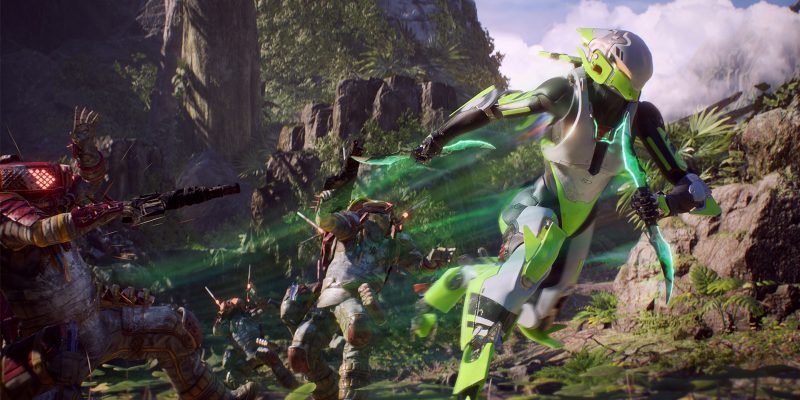 While definitive next-gen games will be lacking on Xbox Series X’s launch on November 10, Microsoft is making up for it by dumping an absolutely ridiculous amount of games onto us via Xbox Game Pass. On November 10, EA Play will be bundled with the Xbox Game Pass Ultimate membership. It’s a pretty absurd deal for $15/month.

So what do you get with EA Play? Pretty much any EA published game older than a year. Last year’s sports games and older, all the Battlefields, Anthem, Burnout, Mass Effect, Titanfall, and more. If you’re looking to expand your backlog of games even more, Xbox Game Pass Ultimate will do the trick.

What about Game Pass subs on PC? EA Play will come over there in December.

We’ve all known Xbox Game Pass is the anchor at Team Xbox. An accompanying image in today’s news release only reinforces that.

And with the recent purchase of Bethesda, Game Pass, and its reach will only grow.

I love it. I’ve been playing games I wouldn’t necessarily have purchased at launch otherwise. Wasteland 3, Crusader Kings 2, and Microsoft Flight Simulator have all been a blast to play. Outer Wilds and The Outer Worlds are a couple more I probably wouldn’t have even tried if it wasn’t for Xbox Game Pass.

The folks at Xbox also announced a handful of new games coming to Game Pass soon. DOOM Eternal hits the service on October 1. Bethesda had already partnered with Microsoft with Game Pass before the recent acquisition with The Elder Scrolls Online. Look for even more Bethesda games to start making their way to Game Pass once the deal is finalized in the second half of fiscal year 2021.

Drake Hollow is also coming on the same day. And on October 8, Brutal Legend, Forza Motorsport 7, and Ikenfell will land on Game Pass.

If you haven’t subscribed for Game Pass Ultimate before, you can snag it for $1 for the first month. After that, it’s $15/month.