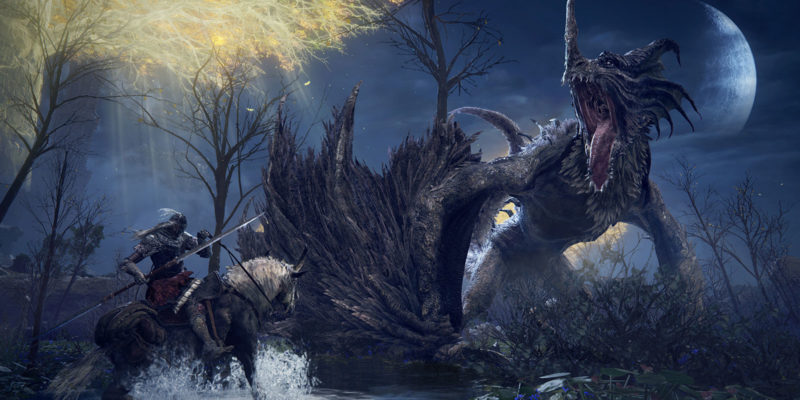 Elden Ring did what few games of its magnitude usually do. Live up to the hype. That’s despite widely reported technical issues (especially on PC) that the developers have acknowledged.

So, how are Elden Ring sales so far? The first numbers come from physical sales data out of the UK (via GI.biz). From Software’s latest entry is outselling the previous biggest ‘Souls’ launch (2016’s Dark Souls 3) by 26%.

3/15 UPDATE: According to Elden Ring’s publisher (Bandai Namco), the game has sold 12 million units worldwide. This includes both physical and digital versions of the game.

3/11 UPDATE: We now have numbers in the U.S. from NPD. Mat Piscatella gives us a breakdown of how Elden Ring is performing. It was the #1 selling game in the U.S. in February and launch sales were the second highest for a game released in the past 12 months, behind only Call of Duty: Vanguard.

3/7 UPDATE: Elden Ring is now sitting at #4 on the most played Xbox games chart. Elden Ring also hit a new all-time peak of 952,523 on Steam this past Saturday.

We’re getting a little more UK news courtesy of GI.biz’s Christopher Dring. Elden Ring’s UK launch was the biggest game not named FIFA or Call of Duty since Red Dead Redemption 2 in 2019. Digital also made up an absolutely massive chunk of sales. The breakdown was just over 50% on PlayStation and a whopping 84% on Xbox for digital sales. Be sure to check out the full Twitter thread for more info for a breakdown by platform.

These are physical numbers only. It does not include digital sales, which make up a much more significant percentage of the industry since 2016. Take EA, for example. In 2016, digital sales made up about 30% of all sales on PS4 and Xbox One. In 2021, it was 62%.

Not only did Elden Ring outsell Dark Souls by 26% in physical sales, but it likely surged way past that when you factor in digital sales.

We’ll have to wait for NPD numbers to see more data, but Steam’s player chart tells us Elden Ring is blowing past previous From Software titles.

Here’s how Elden Ring’s 891,638 players stack up against other ‘Souls’ games. (Steam concurrent numbers only)

We should see how well it’s doing on Xbox later this week once its most-played chart updates. 3/1 UPDATE: The list updated and Elden Ring currently sits at #8. I imagine Elden Ring will have no problems cracking the top 10 and will probably make a run into the top 5.

By Alex Chavers58 mins ago