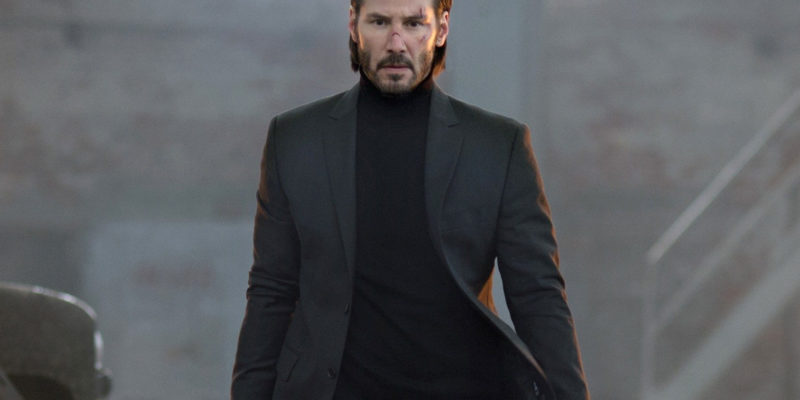 From Point Break to the Matrix series, to the John Wick franchise, Keanu Reeves is one of the most bankable Hollywood stars. It doesn’t hurt he’s the most likable, with tales of his kindness as big as his blockbusters. He has multiple new movies in the pipeline, including the fourth entry to the John Wick universe, set to premiere in 2023.

Like previous sequels, John Wick Chapter 4 takes place directly following the events of John Wick 3. After being shot off the roof of the Continental, he teams up with the Bowery King (Laurence Fishburne) to take on the High Table.

Wick with nunchucks? Sign me up. The fight scene with Donnie Yen looks to be one of the best of the entire franchise. Here’s the official synopsis from Lionsgate:

With the price on his head ever increasing, legendary hitman John Wick takes his fight against the High Table global as he seeks out the most powerful players in the underworld, from New York to Paris to Japan to Berlin.

What should be the final entry in the John Wick franchise has been in a bit of limbo thanks to the pandemic that has rocked the world for the past three years. Initially, the movie was supposed to be filmed back-to-back with Chapter 4, but Covid prevented that, leaving some to question if Lionsgate had shelved the film.

A recent interview with the director, Chad Stahelski, essentially tossed the pre-production of the film at the studio’s feet:

[As of right] now it is the studio’s [full] intention to continue the franchise. And look, I’m not going to we’ve all seen directors and producers where they go, “Yes. I don’t know. I guess I’ll do five,” or it’s like, “Oh, yeah, yeah.” And I’m just, “Look, man. ‘John Wick 1’ was a goof. We made it as a fun little action movie that we’d like to see.” And the fact that now nine years later, it’s changed our lives. It changed my life. It changed Keanu’s life. It’s changed a lot of other people’s lives. And people still want to see more.

Translation? It will end up happening, but it may be a few years until we see everyone’s favorite hitman on the big screen after Chapter 4 hits early next year. And there’s a good reason for that. Keanu Reeves just earned his wish on a role he wanted to revisit.

You know the old adage, be careful what you wish for? In Keanu’s world, it should be make damn sure you wish for exactly what you want. In a December 2021 interview on the Late Show with Stephen Colbert, the actor revealed he would love to make another Constantine.

Fast forward to September 16, 2022, and a sequel was announced, with Keanu Reeves returning as the titular character. Francis Lawrence, the film’s original director, is also returning to helm the project, with the screenplay being worked on by Akiva Goldsman. It will be produced under the JJ Abrams Bad Robot Productions and will help breathe new life into the DCEU.

A release date is unknown at this time, but it wouldn’t be shocking to see sometime in 2025 as a target for release.

Based on a comic book series co-authored by Reeves, the project has two tracks in the works. The first will be a two-season order from Netflix for an animated series and potentially a live-action film to debut. Speaking at a recent Comic-Con, the animated series is still in the initial stages of development, with Keanu reaching out to a Japanese animation studio to do the work:

Right now, we’re talking to a Japanese anime company, and we had some preliminary meetings, and we’re waiting on them to come back and tell us what version of BRZRKR they want to do. For me, it’s here are a couple of rules. The rules of the character can’t change. Born 80,000 years ago, cursed with a violent origin story, but after that, you can do whatever you want. So in terms of the Japanese anime company, we’re talking to IG and seeing what they would find interesting, and what they propose. So we’re letting, you know creatively what do they want to do.

On the film front, there has been some movement with the script being finished and talks of Keanu Reeves not only in front of the camera but also directing the film. He puts those chances at 33%, but I’d put the chances near 100% with this being a passion project.

Neither of the projects has a release date. Still, the animated series will likely get to Netflix first, depending on potential scheduling conflicts that may arise from other projects Keanu Reeves is attached.

While not loaded with projects, there are potential blockbusters in every upcoming Keanu Reeves movie. The DCEU will love adding him to their cast of characters, and John Wick has been a runaway success.