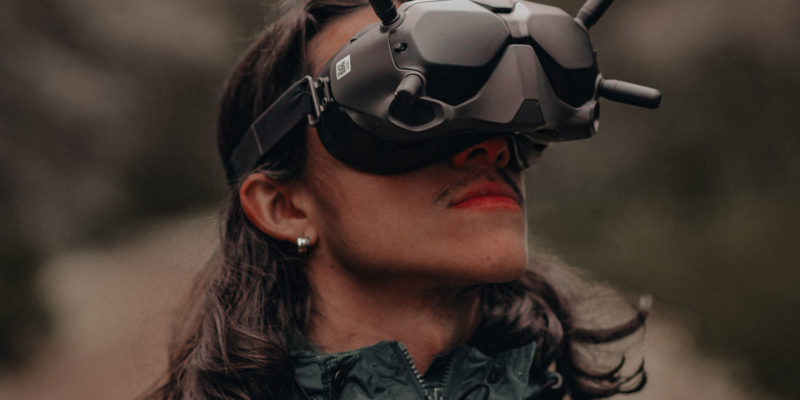 The increased pace of leaks out of DJI points to an imminent release of the DJI FPV drone. Noted leaker OsitaLV is definitely siding with the idea early March will see the release of DJI’s first camera drone of 2021.

Thanks to more than a few influencers ignoring NDAs, we already have a good idea of what the FPV camera drone will look like. It’s a definite departure from the traditional Phantoms and Mavics the company is known for throughout its history.

One concern surrounding the drone since it was first rumored would be the ease of use. It won’t be foolproof like a Mavic, but there are numerous safety features that will set it apart from the competition, including a return-to-home function.

Images of the drone also show off a body that’s more robust than traditional FPV drones. That’s a must as DJI has built a reputation for camera drones that don’t spend most of their lifetime in a state of repair.

It doesn’t mean fly it into a tree, but DJI looks like they have a product that can take a rough landing better than your average CINEWHOOP.

In recent years, the FPV niche has changed from racing to cinematic footage thanks to advancements in action cameras like GoPro and DJI’s Osmo Action, along with FPV pilots like FPV Johnny and Nurk.

The specs aren’t confirmed, but the DJI FPV drone should be closer to the Mavic Mini in terms of sensor size capable of 12MP stills, 4K60p, and 1080 at 120p. The bitrate is unknown, but power concerns would have me leaning towards 100Mbps. That’s a solid number and a good first entry for DJI into the niche.

The new FPV drone means a next-generation of DJI’s well-regarded digital FPV goggles. There isn’t a design change, but the internals is getting plenty of upgrades, including a higher refresh rate. Latency was already top-tier in the first version, so it will be something to watch if DJI can shave a few milliseconds off the transmission.

Outside of the drone, the most significant design departure for the company has to be the controller. It reminds me of a video game console controller over the traditional DJI controller. Gone are the days of needing your phone attached to the controller. That’ll be a nice bonus for those of us who have had those moments of dropping a drone into a precarious location only to receive a phone call.

Personally, I like the ergonomic look of the controller and hope it makes its way into other DJI products.

With the pace of leaks and accidental Amazon product page postings, early March looks like a lock for a release. Pricing should be in the neighborhood of $1000 with an upper band of $1200. It’s hard to see DJI pricing it higher than its flagship prosumer, Mavic 2 Pro.

Overall, the FPV drone from DJI will be an exciting addition to its camera drone lineup. I’m looking forward to getting my hands on it. After this release, we can turn our attention to what has to be a refresh of the Mavic 2 Pro. Who knows, we might even see a Phantom 5 in 2021.

Which DJI Mavic is the Best Camera Drone Value?