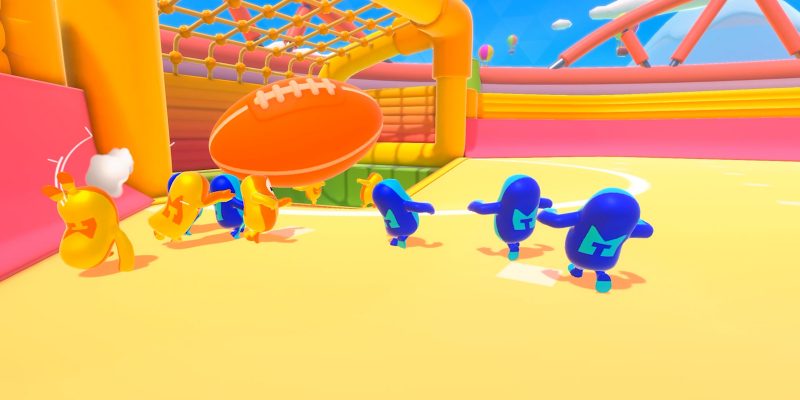 Fall Guys took a break from roasting, and finally congratulating TimtheTatman to post a small update. Back-to-back team games will become a thing of the past. Fist bump, Fall Guys Twitter guy/gal.

Also, Valve costumes are making their way to the store on PS4.

The change to no back-to-back team games is a godsend. Fall Guys shines in its solo modes. Team games can be ok, but back-to-back? Nope.

Fall Guys is a runaway hit for the folks at Mediatonic and Devolver Digital. According to GameStat, 15+ million players have unlocked at least one trophy on PS4. Whoever is in charge of picking games at PlayStation Plus needs a raise. First Rocket League, now Fall Guys.

And it continues to sit in Steam’s top 5 for concurrent players with well over 100,000 playing at any given time.

But what about an Xbox One and Nintendo Switch version? We haven’t heard anything definitive, but the developer has said, “we’d love to bring the game to other platforms further down the line.” It sounds like it’ll happen eventually, but there may be some sort of console timed exclusive tied to it being on PlayStation Plus.

For a slight comparison, Rocket League first launched on PlayStation Plus on July 7, 2015. It wouldn’t hit another console until the Xbox One version on February 17, 2016.