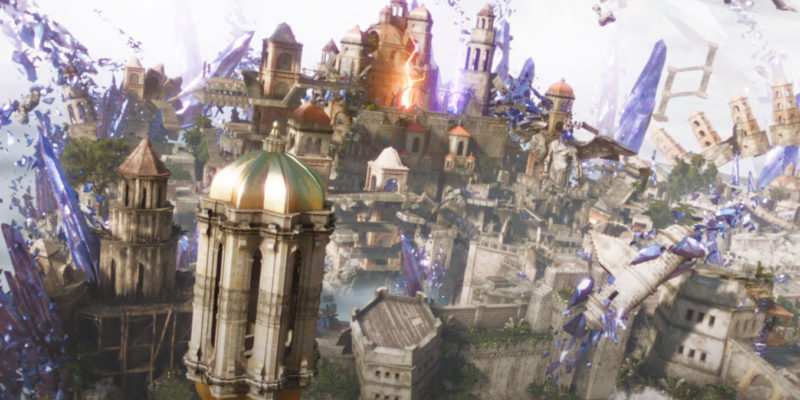 A Far Cry 6 expansion titled Lost Between Worlds is coming next week. And Ubisoft hopes a free trial will entice fans who may have missed out on Far Cry 6 at release to give it a go. Earlier today, we got our first look at the sci-fi-themed Lost Between Worlds expansion. In it, the tropical island of Yara gets twisted into “fractured worlds called rifts.”

Here’s how Ubisoft describes some of the new settings. “Playing as Dani Rojas, players will scramble down an active volcano in one rift, navigate a submerged version of Esperanza prowled by sharks in another, and race to stay ahead of a deadly lightning storm in a third, to name just a few.

And here’s a trailer showing some of this in action.

Yeah, it’s a jarring departure from what we usually see from Far Cry – but I’m digging it. I would have rather have something crazy like this than just more of what we’ve already played in Far Cry. Plus, this isn’t Far Cry’s first venture down the sci-fi path. The fantastic Far Cry 3: Blood Dragon got Michael Bein to play the main character in a retro sci-fi throwback reminiscent of 1980s movies and cartoons.

Man, that was such a good DLC.

Ubisoft also announced a free trial is now available for consoles and PC (through Ubisoft Connect). You can play through the Isla Santurio region. They are also running a sale for Far Cry 6 of up to 67% off. You’ll keep your progression from the free trial if you buy it.

Lost Between Worlds is set for a December 6 release and will cost $19.99. It’s also included as part of the Upgrade Pass.