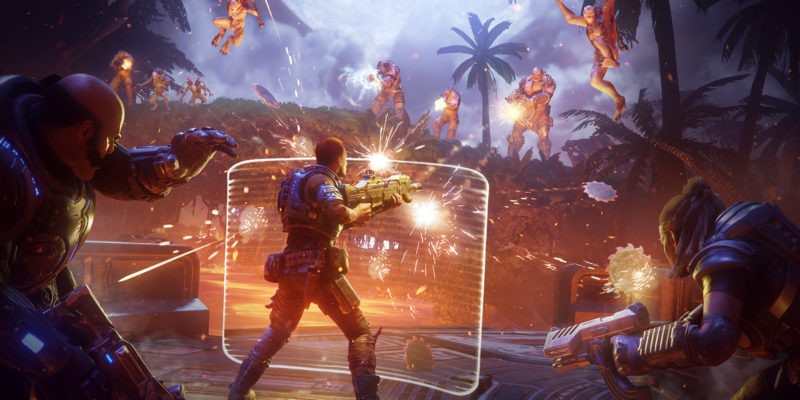 Here’s a welcome surprise. Gears 5 is getting a new expansion on December 15 with a 3-hour romp across a set of volcanic islands. But this new story content won’t focus on the original story characters. Instead, it takes the trio from the Escape mode and gives them a new story. Let’s roll the trailer.

Damn, Gears 5 is such a good looking game. And check out Colonel Hoffman at the end.

Here are some details straight from the folks at Xbox:

In the new expansion, play as Lahni, Keegan and Mac – the heroes introduced in Gears 5’s Escape mode – in their first mission as part of the secretive Hivebuster program. Thrown together and dubbed “Scorpio Squad,” their suicide mission to destroy a Swarm hive may hold the key to saving Sera and their own redemption.

Gears 5: Hivebusters also becomes the first Xbox Game Studios campaign expansion to join Xbox Game Pass Ultimate when it releases on December 15. Here’s hoping this becomes a trend for a bunch more Xbox games in the future. For folks who don’t have Game Pass, it’ll be $19.99.

Gears 5 isn’t the only Xbox game getting some more love recently. Forza Horizon 4 gets a track builder in its Super7 update releasing today.

A quick note on Gears 5: Hivebusters: it requires the base game to play, as seen on its Steam product page.