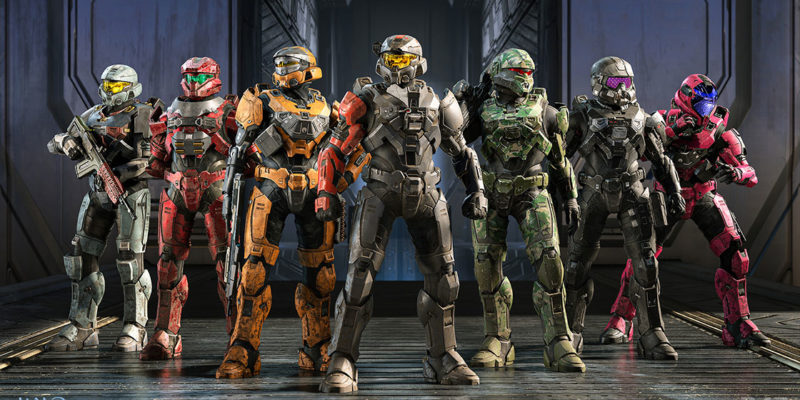 Battle Passes are the go-to content for games post-launch. But many games tend to view Battle Passes as one-and-done. If you missed out on all the cosmetics for the current one, they go away when the next launches. Fortnite and Warzone both take this approach.

With Halo Infinite, Battle Passes are permanent. New Battle Passes will launch periodically, but you can always choose to purchase an older one to unlock those cosmetics.

“The Halo Battle Pass will never be taken away from you. What I mean by that is once you buy it, it’s yours and it does not expire,” says design lead Chris Blohm. That means you’ll never miss out on any cosmetic armor pieces you may have missed.

And there are no pay-to-win mechanics here. All the stuff earned through Battle Passes is only cosmetic. That customization will range from armor coatings, helmets, shoulders, gloves, knee pads, and more.

There’s also a personal AI alongside the usual multiplayer announcer. While the announcer hypes up all the stuff you’re doing, a personal AI (with customizable voice) tells you when a new vehicle is inbound or when an objective was taken. This would be a perfect addition to the Battle Pass. Cmon 343, give me the Arbiter in my ear.

This Battle Pass feature might not seem like much on the surface, but I hope it’s a trend other free-to-play games like Warzone/Fortnite pick up on. Nothing is more annoying than buying a Battle Pass and not being able to finish it before it expires. Just let us pick one to work towards, and let us unlock everything when we want.

Today’s more in-depth look at Halo Infinite’s multiplayer is a good one. We saw bots, new gameplay, talk of Forge, and more. I still fire up Halo: MCC all the time, and Infinite looks more like a return to form than the last Halo. And with it going free-to-play, more people than ever will be trying out Halo. Infinite could be the biggest Halo, we’ll see if 343 can deliver when it hits later this year.