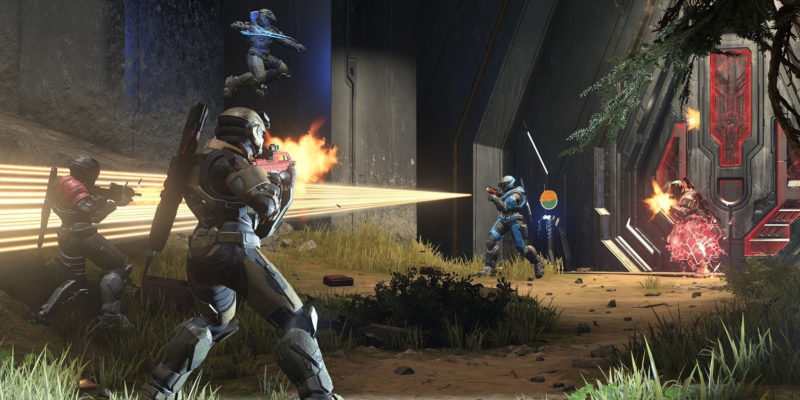 Halo Infinite’s multiplayer servers held up pretty good at launch, but bugs have started to creep into the game. This is especially true with the game’s large-scale multiplayer mode, Big Team Battle. I tried jumping into a few matches over the weekend and kept running into issues. The one time it did manage to load, the UI was completely disabled.

It looks like the problem has been around for a couple of weeks now. I’ve been playing a bunch of Tactical Slayer and Team Slayer, so I didn’t notice it until now.

On December 17, 343 Industries acknowledged the Big Team Battle issue in a forum post but said a solution isn’t coming until January.

“Unfortunately, the complex nature of this problem, coupled with the impending holidays, means we will be unable to resolve this issue for at least a few more weeks. Work continues as possible but with upcoming closures and dependencies – and a critical need to ensure the team has adequate time to recharge after a tough year – we are targeting a patch in January. This issue is a top priority and we hope to have updates to share once everyone is able to re-engage after the break.”

As for the cause of the issues? The dev team wasn’t sure as of December 17. This issue wasn’t around for the first month of Halo Infinite and didn’t start showing up until just after the playlist update on December 14. I’m sure the team looked into that to see if it’s related, but so far, we haven’t heard anything concrete on what the actual issue is.

343 recommends the best way to play Big Team Battle is to solo queue. I can confirm this helps, but matchmaking does still fail.

“While solo queue players will still periodically experience matchmaking failures, it does appear to work the majority of the time and if not, it often works on the next attempt. In some cases a player may get stuck in a continuous loop of errors which is best resolved by just force quitting the game and restarting.”

It should be a busy January for the folks behind Halo Infinite. Besides fixing Big Team Battle, the developers have promised more info on campaign co-op and Forge sometime next month.

Here’s When The Cycle: Frontier Season 1 Kicks Off