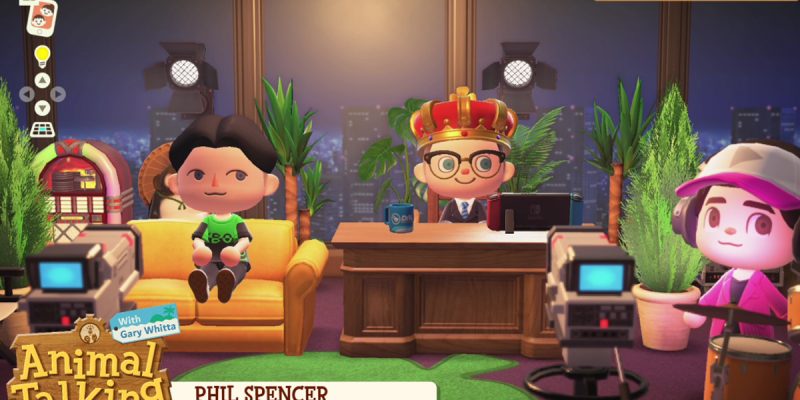 Xbox boss Phil Spencer hit up the Animal Talking talk show (hosted by Gary Whitta inside Nintendo’s Animal Crossing) to chat about the Xbox Series X and Halo Infinite’s delay. With the Halo Infinite news just days old, a lot of us were curious about what Phil Spencer had to say.

Spencer revealed that at one point, there were talks about pushing Halo Infinite out in parts, so at least some part of the game was ready to go alongside the Xbox Series X launch. But the team at 343 Industries and Xbox execs opted against it. “It just didn’t feel, to all of us, like the Halo release that we would want,” Spencer said.

Here’s what Spencer had to say about the delay itself.

“Let me start just by recognizing the fans and the fact that is a bummer, as you said, and I know it’s disappointing to people, it’s disappointing to us. We were looking forward to the alignment of Halo Infinite and the Xbox Series X as a really kind of seminal moment almost for Xbox looking back to the original Xbox with Halo: CE.

While everybody was going to be disappointed, our long-term goal is to deliver the best Halo game we’ve ever delivered and let’s keep that goal and do that when we can.”

Man, to be a fly on the wall at 343 Industries. I’m glad Halo Infinite is getting more time, though. The gameplay demo looked decent, but decent isn’t good enough for a flagship title heralding the launch of new hardware. It needs to be the best. Honestly, I hope they push Halo Infinite to holiday 2021. Get the game where it needs to be, then blow everyone away with another reveal next summer.

Spencer also said he now has a final Xbox Series X retail unit at home, and compared the fan noise of it to the Xbox One X. With all the extra horsepower in next-gen consoles, cooling has made for some “unique design challenges,” according to Spencer.

He also showered praise on Nintendo and their first-party games calling them “a jewel for us in the games industry and something we should protect.”

With Halo Infinite now coming post-Xbox Series X release, news from third-party, and exactly how they are taking advantage of the new hardware is even more critical. How much of a resolution or FPS bump can we expect from games like Assassin’s Creed, Call of Duty, and more? The answer to that question will have big implications for whether or not folks become early adopters of the new hardware.

Me? I’m grabbing both consoles day one. I’m a sucker for new tech, and want to play all the games at their best.