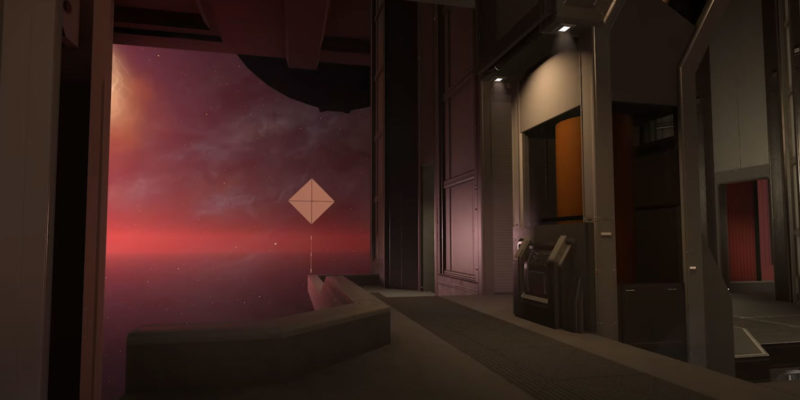 In a lengthy video updating us on all things Halo Infinite, three members of 343 Industries walked through what’s coming. The roadmap is an instant disappointment for the community. Features expected to launch in August and September are now slated for November. And even this new roadmap comes with an asterisk that it’s “subject to change.”

But we also learned that the next two maps coming to Halo Infinite were built in Forge – Argyle and Detachment. Argyle is described as a “larger footprint 4v4 arena map that’s really meant to support stealthy playstyles,” according to Head of Creative Joseph Staten. The designers also put an emphasis on grappleshot utility and encourages some “fun, heroic super plays,” says Staten.

The second map, Detachment, leans on the CTF (capture the flag) mode for its design inspiration. It’s also the first Halo Infinite map with a teleporter.

Both maps are currently being playtested at 343 Industries, and Staten says the team can’t wait to get them into the community’s hands when the winter update goes live on November 8th.

These maps do look great for Forge. It’s still leaning towards the forerunner architecture, which makes sense given the game takes place on a Halo ring – but I do hope Forge opens up some possibilities for more Covenant-themed maps. We’ll have to wait and see how that looks when the Forge beta hits later this year.

The newest roadmap puts Forge in our hands sometime during the Winter Update, which lasts from November 8 through March 7. Another pair of maps are set for release in Season 3, which starts on March 7.