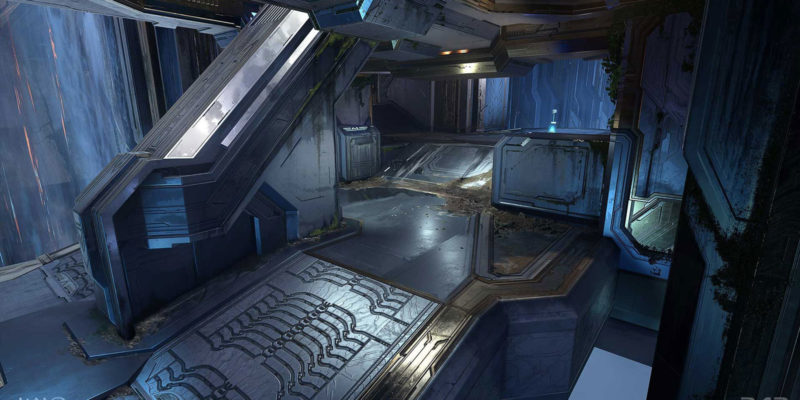 Each season of Halo Infinite has a theme. Staten describes it as a “core idea that guides the creation of much, but not all, of a Season’s content.” Season 1 was themed “Heroes of Reach,” with much of the battle pass content centered around Halo: Reach characters.

Staten gives us the name of both Spartans above, Sigrid Eklund is on the left, and Hieu Dinh is on the right. We’ll also learn more about them in what is described as “a mix of cinematics, story-themed Events, Battle Pass items and more that embody the Lone Wolves theme.”

We also got a look at a new armor core called Fracture.

When is the release date for Season 2? May 3.

How many maps are coming to Season 2? Two. One Arena map called ‘Catalyst’ and a BTB map called ‘Breaker.’ Here are a pair of concept arts showing both maps.

A trio of new Arena modes are coming as well:

King of the Hill

What happened to Halo Infinite’s co-op? That’s still on the way, but won’t be making the Season 2 launch on May 3. Staten says they are still shooting for a release date later in Season 2 and will share a release date for online and split-screen co-op later.

Well, at least we finally got an update. Granted, 343 explained Season 1 was going to last six months at the launch of Halo Infinite, but it’s been a long few months.

The good news is, Seasons should go back to their originally scheduled three-month timeframes. Plus, Forge is still on the way in Season 3, which as long as there is a good mechanism for sharing maps and getting them into matchmaking rotations, should be fantastic.