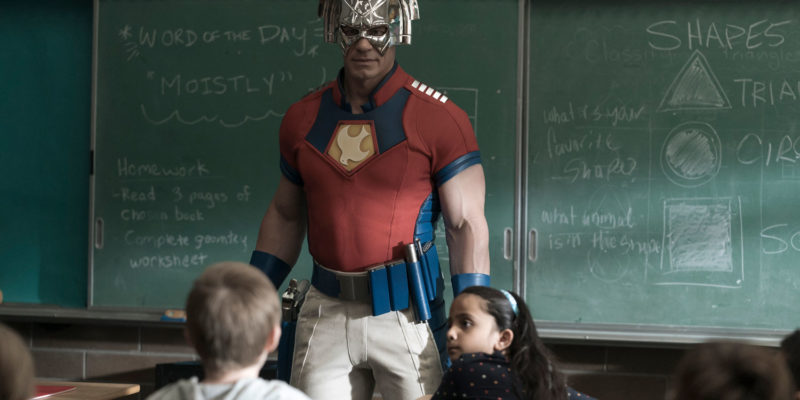 It should come as little surprise, but HBO Max made it official. Peacemaker, starring John Cena, will return for a second season. Even better news is James Gunn will write and direct all ten episodes. Have to give him his props for the insane workload across the dueling comic book universes.

The second season was already hinted at in a podcast from Deadline, but various tweets from the stars and a statement showed HBO Max is committed to the DC show.

An additional statement from the streaming service praised the show with Sarah Aubrey, Head of Original Content, remarking, “The brilliance of James Gunn once again shines with Peacemaker. He took this character, brought to life by the inimitable John Cena, and created an exceptional series that’s simultaneously thrilling, hilarious, and heartfelt, showcasing the humanity beneath this team of misfits living in a superhuman world. As the first original DC show to have its series premiere on HBO Max, we are thrilled that the viewers agreed to give peace a f***ing chance.”

“Creating Peacemaker has been one of the true highlights of my life, both professionally and otherwise, with John Cena and the incredible creative team around me, as well as our partners at HBO Max. To have something we all love so much beloved by the audience, in turn, has been a wonderful experience. I can’t wait for folks to see where Team Peacemaker goes in Season Two!”

And Cena finished it off:

“I am incredibly honored and humbled by the response to Peacemaker and the experience of playing this character. Thank you to James Gunn, Peter Safran, HBO Max, the crew, and my castmates who worked tirelessly to make this unforgettable series.”

The finale for season one drops tonight on HBO Max, and there are plenty of hints another member of Gunn’s Suicide Squad will earn an HBO Max show. Hey, if the Marvel/Disney+ template works, why not follow it? Besides, HBO Max still is at the top of my list in terms of pure value for content. Be sure to check out our coverage of the newest releases each month.