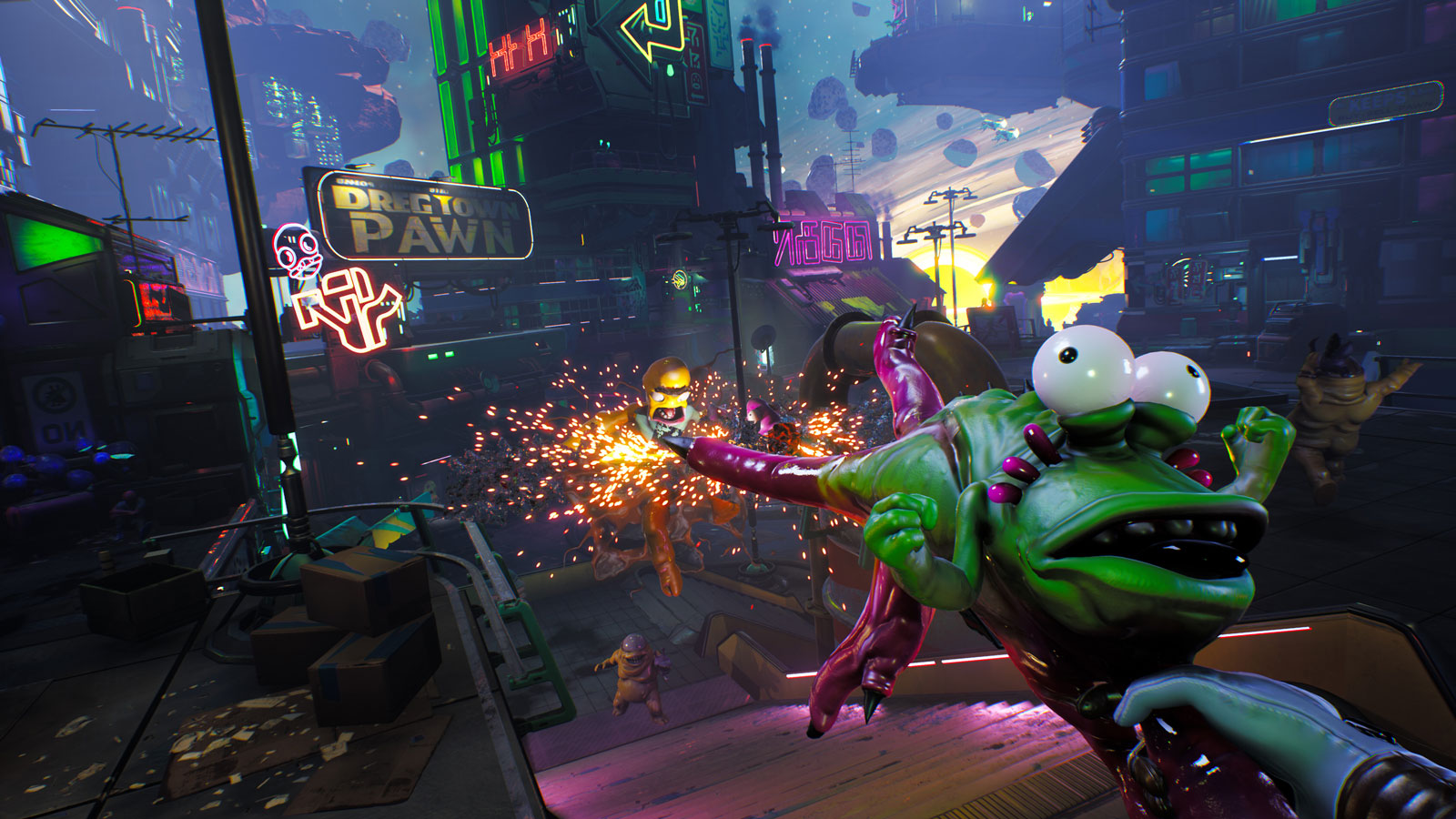 12/20 UPDATE: The folks at Xbox confirmed High On Life is the biggest Game Pass launch of 2022, and the biggest 3rd party launch in Game Pass history. A huge achievement for Squanch Games.

Squanch Games’ High On Life might not get the critic accolades, but the gaming community is enjoying it in a big way. The game launched on December 12 and stormed up the Xbox’s Most Played Games chart. It’s currently sitting at #3, behind only Call of Duty Modern Warfare 2 and Fortnite.

It’s a hell of showing for the devs, and that #3 spot means it’s one of the biggest debuts (if not the biggest) for a Game Pass game in 2022.

And the game proves once again that Game Pass does not have a meaningful impact on sales as it sits atop Steam as the best-selling game for the week ending December 18.

The silly shooter resonates with fans with a 90% positive review rating on Steam.

While High On Life’s ascent up the charts is impressive, a look at Xbox’s most-played games shows how big Game Pass is for Microsoft. Of the 49 games on the chart, at least 17 are on Game Pass. You can add a few more if you count EA games included via EA Access if you are a Game Pass Ultimate subscriber.

The service is set to lose another batch of games at the end of the month, but the new games always outnumber the games leaving.

There are plenty of big games in 2023 that will aim to replicate High On Life’s success. Redfall and Starfield will get the obvious boost of being first-party titles, but a game like Wo Long: Fallen Dynasty could be one to watch when it hits Game Pass on March 3.