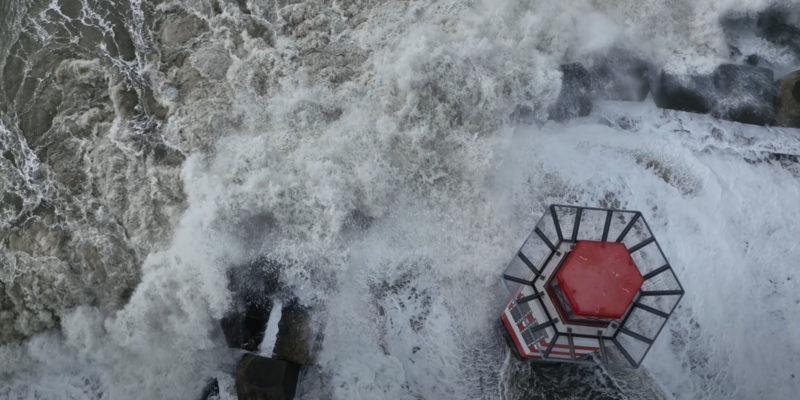 It’s the kind of test most folks who just spent $2,000+ aren’t willing to do. At least, not right away. But Ray over at DC Rainmaker isn’t most people. He took his new DJI Mavic 3 out on the coast to see how well DJI’s latest drone performs in gusty winds. And it performs incredibly well.

Before we dive in, DJI’s spec sheet for the DJI Mavic 3 states a max wind speed resistance of 12 meters per second or about 27 miles per hour. Ray saw winds over 32 miles per hour during his testing with heavier gusts upwards of 37 miles per hour.

Below, I’ll include a few clips (that should be timestamped) showing recorded footage during his testing. You can watch his whole video if you want to learn more.

When the Mavic 3 is close to the ground, it uses its ground proximity sensors to hold position. Once you go higher, it’ll switch to GPS to keep steady.

This third clip shows the stabilization while zoomed in at 7x (via the secondary lens).

And one more clip.

Ray describes flying the Mavic 3 as “super, super easy” and says it feels like he’s not even flying it in the wind at all.

And he wraps up his video with some fantastic unedited footage showing what the Mavic 3 can do in less than ideal wind conditions.

This is one of the better videos out there of the Mavic 3. Sure, there are plenty of videos that have better footage – but it’s great to see someone push the DJI’s latest drone to its advertised limit and beyond.

Would I be doing this a couple of days after release? Hell no, but seeing someone else take a crack at it should give any new, or old drone pilot confidence that the Mavic 3 can handle plenty of wind.