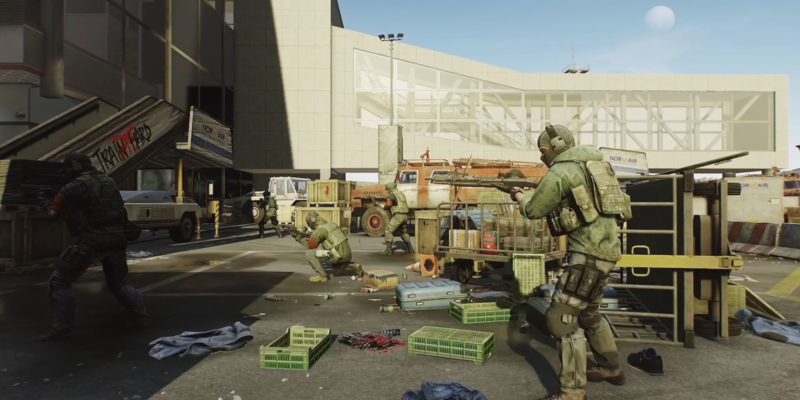 Escape From Tarkov Arena is Battlestate Games’ spinoff of its popular looter shooter. Keep the tense gunplay of Escape From Tarkov (EFT), but not so much gear fear (fear of losing your loot) of the original game. Arena doesn’t have a firm release date, but the devs are shooting for closed testing in Fall 2022.

How many maps will Escape From Tarkov Arena launch with?

In June’s announcement stream for the game, Buyanov stated the game would launch with “five or six” small arenas “and maybe one or two medium arenas,” according to NME. In a more recent stream talking about EFT in general, Buyanov said there will be “four arenas from the start – maybe more actually.”

It doesn’t sound like the team has the exact map count set in stone, but we can expect at least 4 at launch (likely more). Night maps were also confirmed during a livestream following the game’s announcement. But we’re not sure if these are just night-time variants of existing maps or different maps altogether.

Also, Escape From Tarkov Arena isn’t just an add-on. Battlestate Games is positioning it as a standalone game with a different team doing a lot of work from scratch. For folks who bought EFT’s Edge of Darkness edition, Arena is included. Everyone else will have to purchase it separately. Hopefully, we’ll learn more about pricing later this fall.

The devs also hope the competitive community embrace it as an esports title. Matchmaking, rankings, and a spectator cam are all coming to the shooter. There will also be PvE modes, but no more details on what we can expect on that front.

It’ll be interesting to see how the two games co-exist with each other. I won’t lie, an arena-like multiplayer shooter definitely has appeal, especially when you’re not stressing about looting gear. And with the mechanics of both games being “exactly the same,” according to Buyanov, Arena will at least be a good way to learn the game if you’re new to the Tarkov franchise.

I’ll keep this post updated once we hear a concrete map (arena) count.