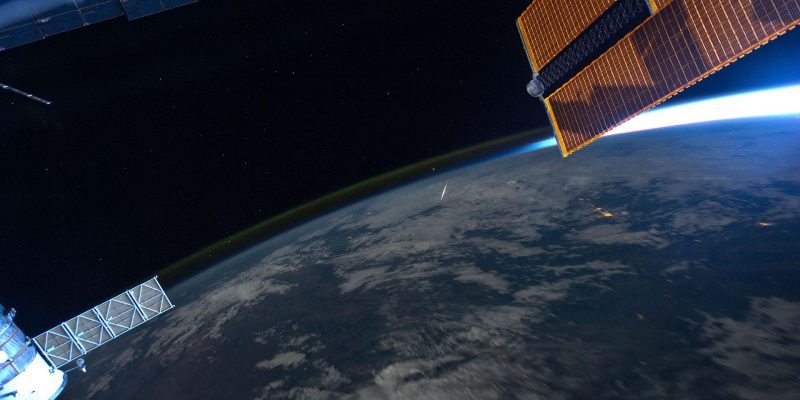 It’s been a fun time for stargazing lately thanks to Comet Neowise, and the good times keep going with one of the most reliable annual meteor showers (Perseids) about two weeks away from its peak.

There are actually three meteor showers currently active right now. The Southern Delta Aquariids and Alpha Capricornids are both at their peak. But these two have much lower peak hourly rates than the Perseids at 16 and 5 meteors per hour during their peak. An approaching full moon isn’t helping either.

The Perseid Meteor Shower peaks late August 11 and early August 12. As long as the weather is cooperating, the moon will be less than half full. Not the best, but also not a deal-breaker. According to the American Meteor Society, peak hourly rates from a rural area away from city lights should range between 50 – 75. In perfect viewing conditions, hourly rates at peak could approach 100.

When should I look up? Perseids are great for the night owls among us. The best time to see them is to look up in the predawn hours any day between now and August 26. If you don’t want to wake up super early or stay up late, you should be able to see a few of them starting around 10 pm local time. Want the best viewing bang for your buck? Head outside between midnight and sunrise on the morning of August 12.

Where should I look? The great thing about meteors is they streak across large parts of the sky. But a good rule of thumb is to lie on the ground with your feet pointing towards the meteor shower’s radiant (the point where they appear to come from). In this case, the Perseus constellation. There are plenty of skywatching apps you can put on your phone to point the way to Perseus.

Where do the Perseids come from? Every 133 years, the comet 109P/Swift-Tuttle completes a trip through our solar system and around the Sun. And every August, the Earth’s orbit takes us through a stream of tiny comet pieces left behind by Swift-Tuttle.

The bright meteors you’ll see over the next few weeks are these tiny pieces slamming into Earth’s atmosphere at speeds reaching 37 miles per second. It’s these speeds that give Perseids what NASA dubs long ‘wakes’ of light and color as they streak across the night’s sky. If you’re lucky, you might also get a glimpse of a fireball. This is a larger piece of comet debris that appears much brighter than the average Perseid.

The Perseids are one of the best and easiest meteor showers to see each year. I know I would rather hang outside on a pleasant summer night than freeze my butt off to see the Geminids in December. Although, the Geminids this year should be one to remember since the peak night happens during a new moon.