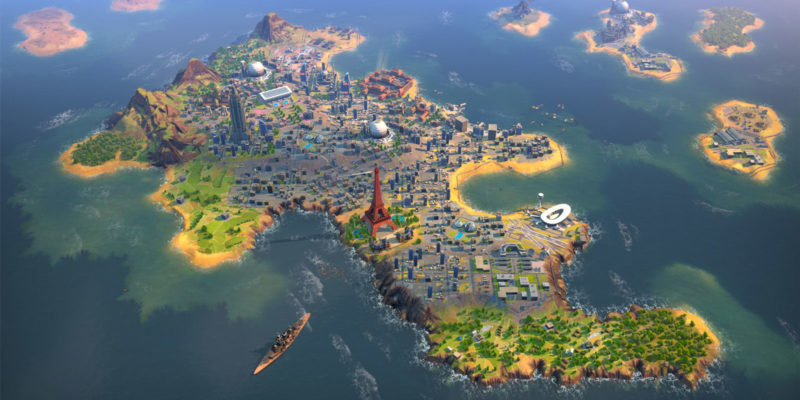 Yep, it does look a lot like the popular Civilization series – but the folks at Amplitude are adding their own twists. One big change is you won’t be stuck playing as a single faction/culture.

As you enter each new era, you can choose to adopt a new culture with each offering various bonuses. As you advance through six eras, there are 60 cultures to choose from as you begin your conquest as a tiny neolithic tribe. The replayability potential here is huge. We’ll see if the differences between the cultures (and their bonuses) translate.

Amplitude Studios are no stranger to the 4X genre, and their games are well received in the community. Their previous 4X games, Endless Legend and Endless Space 2, both enjoy ‘Very Positive’ ratings on Steam with more than 10,000 reviews each. The developer and Sega are looking to continue that hot streak, and launching on Game Pass will only increase its reach. And if history is any indication, it won’t hurt sales either.

Another beloved PC strategy game, Crusader Kings III, also launched on Game Pass – and yet it hit nearly 100,000 concurrent players for its all-time peak on Steam. Almost one year later, and that game still sees concurrent players over 15,000 every day.

Here’s a recorded six-hour livestream from the recent closed beta if you want to get a better idea of what the moment-to-moment gameplay looks like in Humankind.