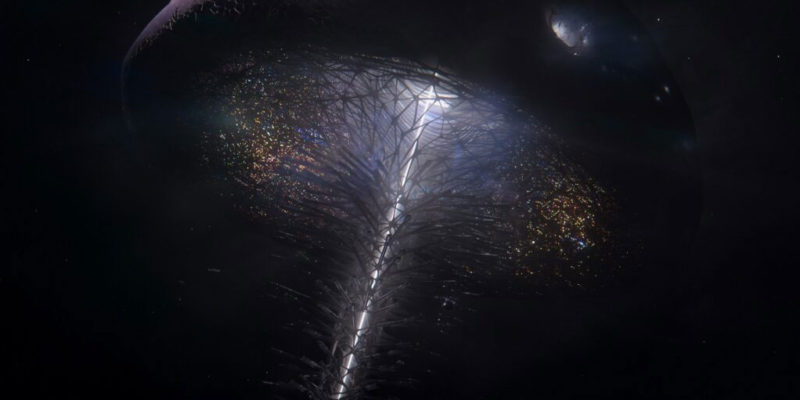 Nearly seven years after its originally scheduled release, the Halo TV show is finally here. One big question surrounding Halo’s transition from games to TV is how the showrunners and 343 Industries plan to tell the story. Will it stay true to the games? Yes, but with enough changes for 343 to give this timeline its own name.

The Halo TV show is not what 343 Industries describes as “core canon.” Instead, the TV is splitting from the games in what has been dubbed “the Silver Timeline.” Halo fans will recognize many of the same story beats, but how Master Chief and company get there will be different.

Yes, the TV show will have the Halo rings, but their introduction won’t play out the same as the games. 343 Industries Frank O’Connor explains one key difference we will see in the first episode in a blog post touching on the Silver Timeline (emphasis mine):

“A simplistic example of both the kind of difference – and an underlying reason for that difference – will be apparent from the first episode, that the ‘coincidence’ of Chief and Cortana simply stumbling across the Halo ring is gone. Many of the same established events will drive the story to the same places and outcomes, but how they get there will feel markedly different, but logical to the events described. This means that for deep lore fans, there will be familiarity and surprise, but newcomers will end up with a very similar understanding of the characters’ origins, ambitions, and motivations – as well as places, names, and ideas.”

We’ll also see aspects of the Halo story expanded on. Take how the Master Chief becomes the Master Chief. The games show the events that led to him becoming an iconic hero, but not the story of how he becomes the armor-wearing super-soldier. Other media (books, TV) have touched on this, but it’s a piece of the story the new show will expand on.

“Most Halo lore fans are aware of the origin story of Chief, the Spartan program, and the machinations and outcomes of that program, but haven’t seen it through the eyes of the kids who experienced it, or the adults tasked with making it happen. We get to do that, and also tell a story about a fairly dark period in the Halo universe, and unblinkingly look at the ethics and morality – but with the advantage of perspective. We know why the SPARTAN-II program happened and also why it may have been necessary, but the moral ambiguity of both events and characters is going to act as a prism for how we view things we thought we already knew.”

Ok, so two different timelines – which one is canon? 343 Industries is clear that the core canon (games) “will continue, unimpeded and unfettered by differences and divergences in the Halo television series.” That’s not to say there won’t be some crossover. O’Connor said that there could be potential crossovers from the TV show to games (think characters, vehicles, weapons, etc.), “absolutely – and ideally both ways.”

Halo is still the most iconic Xbox game. We’ll see if the TV show can live up to it. Changing up the story (even if it still hits the main beats) is a risk, but a necessary one. Plus, Paramount is confident the show will stick the landing as a second season has already been green-lit.