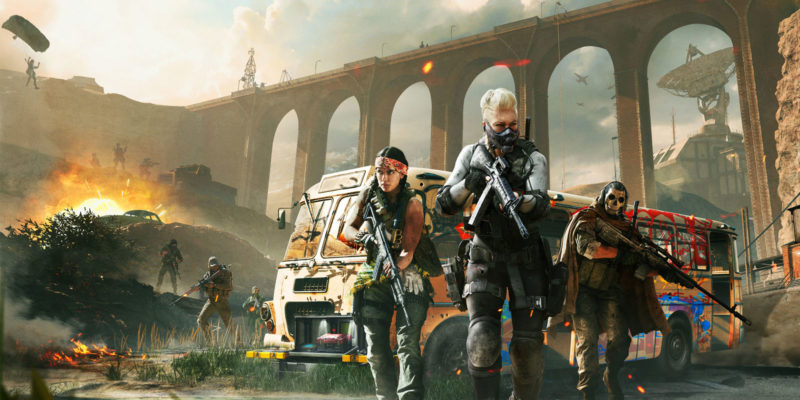 The folks at Raven Software have been much quicker these days with weapon balancing. After giving the Nail Gun a little longer in the spotlight, they’ve decided to come swinging with the nerf. In today’s patch notes, we see changes to the Nail Gun, C58, FARA 83, and barrel attachments – but it’s the Nail Gun that sees the most attention.

Here’s what they changed.

It’s a significant change, and Raven explained that the weapon was always intended to be an alternative to shotguns. But with its max damage range far exceeding shotguns, it was way too powerful of an option.

“The Nail Gun’s (BOCW) generous range and mobility allowed it to consistently dispatch foes at the same speed or faster than Shotguns at almost twice their effective range. While the Nail Gun’s (BOCW) pick rate has remained relatively low, we believe it would have been much higher were it more easily accessible.”

As for the C58 and FARA 83? Both guns received slight increases to their recoil. Nothing crazy here, but you’ll probably notice targets at farther ranges will be a little harder to hit. Especially if you’re using a controller.

On the barrel side of things, Raven tweaked the recoil control across several assault rifle and light machine gun barrels. Here are the developers explaining what they’re looking at when making these changes.

“We are satisfied with the overall direction of adding Recoil Control to BOCW Barrels. However, we would like the effectiveness of a Weapon to grow with the wielder as they improve. We felt with the magnitude by which recoil was being reduced, there was hardly any room left to master the control of these Weapons. We want Weapons to reward you for learning their reload timings, recoil patterns, and bullets to kill. Your proficiency with a Weapon should be a journey that is worked toward with an equivalent payoff.”

We’ll see how these adjustments play out, especially with the FARA 83. According to WZRanked, the FARA 83 has a pick ratio of just over 20%. The next two assault rifles on the list (Krig 6 and XM4) are sitting at just over 4%. It’s the go-to these days.

The C58 is way down the list and is picked only 2.8% of the time, but it’s also unlocked through the current Battle Pass, so a lot of players might not be able to use it yet.