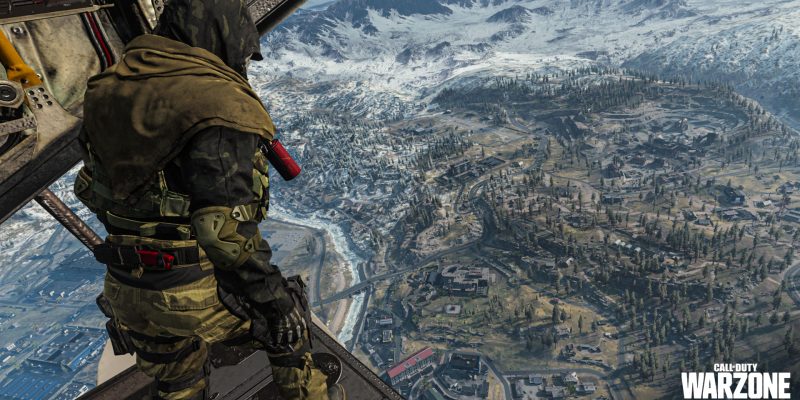 It’s been four years (I mean months, 2020 feels like it’s lasting forever) since the release of Call of Duty: Warzone, and the map is about to get a big change. A VGC report from earlier this month teasing a “loot-filled train” was seemingly confirmed after streamer ‘NICKMERCS’ showed off a teaser he received from Activision.

The short tease shows a helicopter buzzing low past a train followed by a train horn.

There’s also a date at the top of the video, August 5th. There’s our likely start date for Season 5.

While the evolution of Verdansk is big news for Warzone fans, there’s also been persistent rumblings that Activision is using Warzone to unveil the next game in the franchise, a Black Ops dubbed Cold War.

At this point, a Warzone reveal seems like a lock. We are a couple of months past when Activision usually shows off a new Call of Duty game. Granted, the coronavirus pandemic threw a wrinkle in everyone’s plans. Maybe Activision always planned a Warzone reveal, or perhaps the pandemic led to them experimenting with something new. We’ve seen how popular Fortnite events are. A Call of Duty reveal inside Warzone would undoubtedly generate some hype.

As for the next Call of Duty? Alleged data mining of the alpha (called The Red Door) shows a list of campaign missions, multiplayer maps, and a couple of references to ‘Zones’, which might indicate new Warzone areas. We can safely assume the usual slate of Call of Duty content is coming in a Treyarch developed game – a story, regular multiplayer, and zombies. On top of that, some map changes to tie Warzone with the new Call of Duty game.

By Alex Chavers2 hours ago