And you thought Nikon’ Z mirrorless camera caused a stir. Someone at Canon had a ‘hold my beer’ moment and not only set September 5th as its full-frame mirrorless unveil (Canon EOS R), but went ahead and leaked all the specs with pictures. It went from radio silence to full-on, here’s a laundry list of mirrorless camera rumors and leaks.

Let’s dive into the leaked Canon EOS-R specs… Wait… There’s another full-frame mirrorless? Panasonic decided it didn’t want to be left out the picture and announced its announcement of a full-frame mirrorless set for September 25. Sony? Now might be the time to rain on what is sure to be a video beast with the a7s III.

Ok, Canon and Panasonic. Let’s do this… Good lord. Fujifilm XT-3 mirrorless camera leaked. Seriously, what else? Oh, a high-end Sony APS-C is nearing release. Nice of you to remember crop sensor fans, Sony. Pentax is promising to release something during Photokina. Not a betting man, but I’ll take a guess and choose something full-frame and mirrorless. 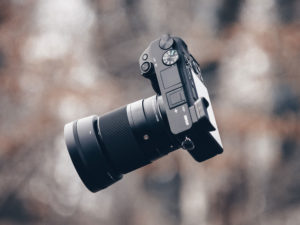 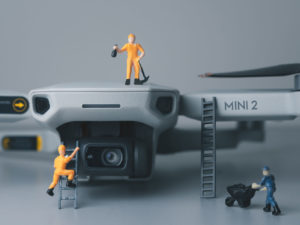 Alright, that’s a lot to unpack but let’s get after it with Canon up first.

First, the design, You’ll see a variety of comments on the camera design as ugly, but two camera manufacturers produce conversation starter cameras. Fuji and Leica. The Canon EOS R looks like a Canon camera.

But the camera design does hold one potential game-changing element. Off-set to the right of the EVF is what looks like a touch-sensitive slider. We don’t know a ton about it, but many Canon fans are intrigued.

Next is the internals. There’s good and bad here. It gets said a lot on here, but the spec sheet is not the final arbiter of who has the best mirror camera. Whatever your budget dictates and a willingness to learn makes the idea of the best camera for you completely subjective.

Good. Dual Pixel AF is on the EOS R along with 4K30p video. The AF system either has a typo in the specs, or it’s going to blow our collective minds. 5,655 AF points when selected with cross keys. AF working range is spec’d out at EV -6 to 18. Everyone wants to see Canon’s new AF system in action.

Another check in the good column are the images suggest a fully-articulated screen. That’s not confirmed in the spec sheet, but you can see the images.

All of those are impressive specs for a mirrorless camera priced to compete with the Sony a7 III and the Nikon Z6.

Bad. Let’s go ahead and get it out of the way. No dual card slots. It’s hard not to side with the Sony users saying this is a glaring misstep. Sony was hammered when it was going through its growing pains with the E-mount cameras. Canon and Nikon should have to take the same hits. They are competing with Sony today, not four years ago.

The EOS-R lacks a joystick for selecting AF points. Considering the spec sheet lists the number over 5,000, you’d think a joystick would be there. It could be the touchbar-like button has this function, but it seems to be focused on a horizontal plane. We shall see.

No IBIS. Yeah, the lenses have Image Stabilization (IS). True, but not all. And that includes a couple of the four lenses Canon is launching alongside the EOS-R. Why do users want IBIS?

While IS lenses and IBIS share performance, IBIS is inside the body. No IS lens, and you lose the ability to capture sharp, handheld shots.

Want to check out the full specs? I’ve embedded the PDF below.

Where Canon’s EOS-R shines is the lens lineup. Compared to Nikon’s Z6 and Z7 announcement, it’s clear where Canon wants to take the new RF mount. Here are the four expected on September 5th:

Thankfully, Panasonic is keeping most of what they are planning on September 25 under wraps. What we do know is the company is introducing its first full-frame body. It has been dominating the Micro-Four-Thirds market for quite some time. One feature you can hang your hat on is it will be a video monster.

Early rumors had it borrowing sensor tech from Sony. The borrowing rumor now has a counterclaim of Panasonic developing its own sensor along with an entirely new mount. The release is expected in early 2019, and it will be interesting to see what type of lenses and a lens roadmap we get.

Knowing how well the Panasonic GH5 and GH5 S shoot, I’d expect Panasonic to come out swinging with its announcement.

Right after Canon announces the EOS-R, September 6th will be the announcement date for the X-T3. In a nice turn, the X-T3 is rumored to be cheaper than the X-T2 (less than $1599). And if the oft-whispered specs are true, it’ll be one hell of a deal. Here are a few of the rumored specs:

Sony does still care about fans of the APS-C sensor. While rumored specs are in short supply, the most mentioned is the camera is like a ‘baby a9.’ I think we all remember the Nikon D500 was the ‘baby D5’ and went on to win countless awards.

Announcement date has it placed after Photokina wraps, but with Sony, expect the unexpected.

Goodness, that’s quite a list of cameras in the announcement pipeline for September. Keep it locked on News Ledge for all the latest and sound off below on what you want to see or which camera excites you the most.