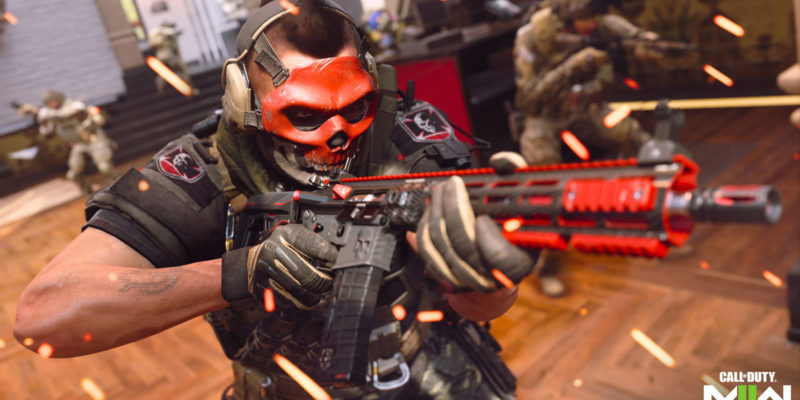 UPDATE: The attachment tuning feature is back. Infinity Ward made the announcement in a tweet and said more details would be coming in a blog update soon.

On Saturday, Infinity Ward disabled the feature “until further notice to investigate crashes for users with 5 attachments tuned.” The devs also noted that you’ll need to unequip any tuned attachments and reequip them to use that loadout.

The launch of Modern Warfare 2 has been terrible. Attachment tuning wasn’t the only thing to get the axe. The ping feature was also quietly disabled after a bug showed players pinging players in the death screen that would remain there for the rest of the match—essentially giving you a wall hack to track a player.

Basic features like Combat Record (which shows your stats) are missing. Hell, even the Valderas Museum map is a no-show. No official word on why, but copyright issues are speculated since it is based on a real-life location.

As for the attachment tuning feature? No word on when it’ll make a return. It could be a quick fix and gets turned back on via a small update.

How useful is it? TheXclusiveAce put together a video looking at the feature before it was disabled.

On an attachment-by-attachment basis, it’s hard to see a difference. But there are notable changes when you stack as many attachments towards one stat as possible.

In one example, Ace looked at ADS (aim down sight speed) tuning for the FSS Hurricane. With 5 attachments with no tuning, the ADS is 400ms. If you push the slider away from ADS, you get an ADS of 450ms (11% slower). Tweaked for max ADS, that number drops to 367ms (9% faster).

Barring any bugs (which let’s be honest, there are bound to be), the attachment tuning system offers minor improvements. Anyone who played Warzone over the past couple of years knows weapon attachments don’t always do what they say. So, there are likely bugs here that players will eventually find. But that’ll have to wait until Infinity Ward reactivates the feature.

I’ll update this post once we hear more from Infinity Ward on when this feature will return.

By Alex Chavers15 mins ago