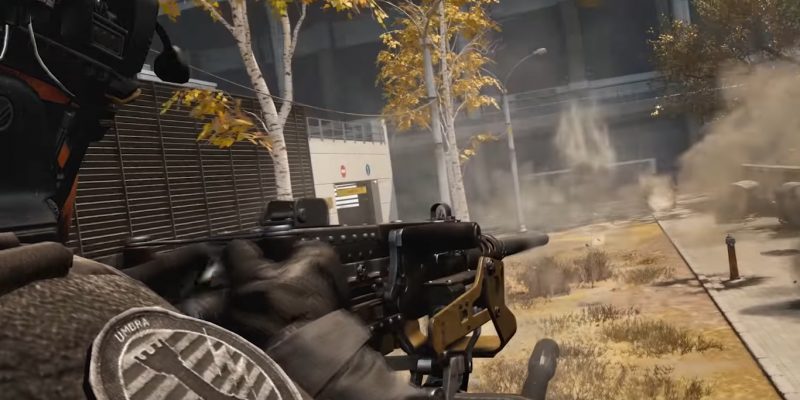 A new season of Call of Duty Modern Warfare means plenty of love for the entire game. Sure, most of the hype around Call of Duty is for Warzone – but I’m still a sucker for Ground War. Until the next modern Battlefield hits, Ground War scratches that Battlefield 4 itch.

Infinity Ward uploaded the official Season 5 trailer a few minutes ago, and it’s a good one. Big changes to Warzone are the highlights, but a decent chunk of the trailer is dedicated to the other half of Modern Warfare’s multiplayer suite.

As for Warzone? All those train teases are over. There will be a train cruising throughout the map, and it will have loot on it. You can see two loot cases at 0:32. Here’s a screenshot showing one of them.

The Stadium is getting a little work done thanks to a few explosive charges. It looks like zip lines are also being added to some buildings to make reaching rooftops easier.

It looks like an absolute blast. Let’s cross our fingers that Infinity Ward is adding some better anti-cheat while they’re at it.

So, when exactly does Season 5 go live? Charlie Intel has us covered.

And it wouldn’t be a Call of Duty update if the update size wasn’t damn near the size of a regular game. Modern Warfare’s Production Director said on Twitter it was going to be another big download, but the size of the game on your hard drive will actually decrease as the team continues to work on reducing the size of Modern Warfare and Warzone.

It appears a preload for the update is already available to download on PS4. According to this Reddit post, season 5’s update clocks in at just over 36 GB.