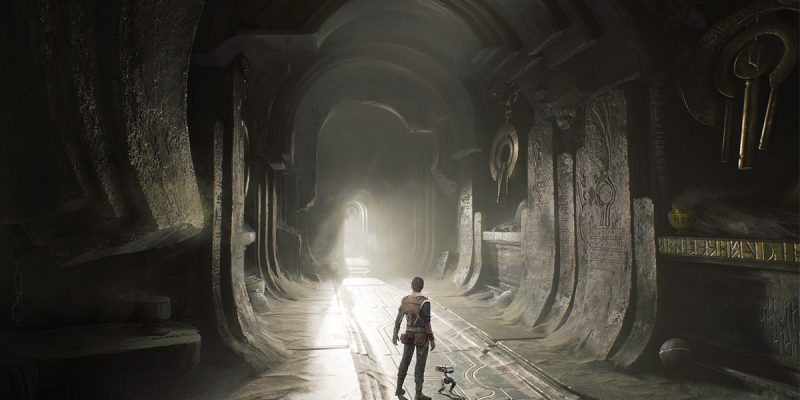 May 4th isn’t just a special Star Wars day for Disney+. Star Wars Jedi: Fallen Order is also getting the hook up from Respawn with a meaty content update.

It’s not a new story, but a new game plus mode along with a bunch of combat challenges and cosmetics gives us a new reason to replay Cal Kestis’ adventure again. And it’s another reason to listen to The Hu, which Respawn used to showcase all the new stuff coming today.

The update recap ends with Cal dressed as an Inquisitor. We can finally ditch our Jedi ponchos.

Fallen Order’s version of new game plus isn’t like most. Respawn explains because the game’s entire premise is built around Cal restoring his connection to the force (and relearning force powers along the way), the new mode will only let you bring over cosmetics you’ve unlocked in a previous playthrough. That includes lightsaber parts, colors, and enough ponchos to never get wet again.

The Inquisitor uniform we see in the video above will also be exclusive to new game plus, along with the red lightsaber crystal. Hell, that’s enough for me to at least fire up a second playthrough.

The new Meditation Training (combat challenges) is what I’m pumped to try out. One of the modes called Battle Grid lets you create your unique encounters. Respawn shared a screenshot showing how this works.

It hasn’t been all good on the Star Wars front lately, but The Clone Wars and Fallen Order are more than making up for the stumbles. Fallen Order’s new update should already be live on your platform of choice.