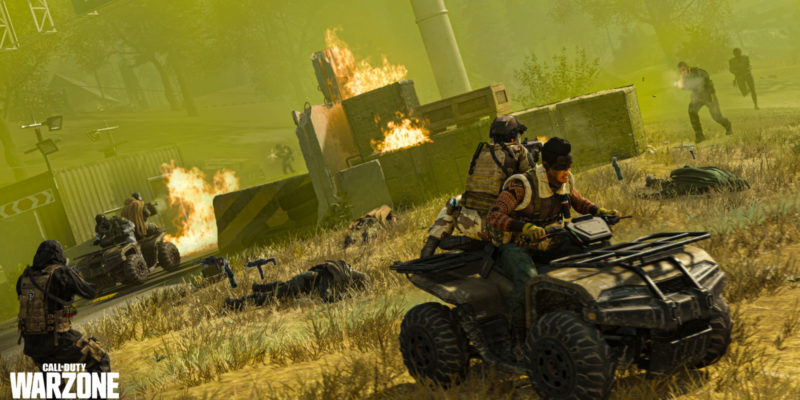 When we fire up Warzone today, we’ll all have one less headache. The infinite stim glitch takes top priority in today’s patch with a new fix that hopefully does the trick for good. In the patch notes, the developers touch on what was causing the glitch.

“Issue stemmed from player getting stuck in throwback state after throwing back a live grenade.”

Another big fix focuses on Black Ops Cold War weapons and the reload timing. “Adjusted the timing of ammo replenishment during empty reloads for BOCW weapons.” Before, you would have to let the animation completely finish before the ammo would appear in the clip.

Verdansk BR – Armored Royale (Cargo Trucks get a big upgrade with armor, a turret, and a custom buy station for vehicle upgrades)

The rest of the 11 GB update has a few more fixes, including Stitch operator missions and a couple of issues in Gunsmith and Barracks. Check out the full patch notes here.

I was hoping we would get a fix for the freeze bug when interacting with loadout drops, because who doesn’t love getting sniped when your game decides to hang for five seconds before picking your guns.

But I’m assuming it’s a tough bug for the folks at Raven Software to track down. I don’t get it every game, so it’s not something that seems to be easily replicated. I have seen some folks mention that the bug happens more often if you use the ‘Play Again’ option to find a new game.

As for anti-cheat? The Warzone devs continue to tackle the issue behind the scenes. Earlier this week, they announced a new ban wave of 60,000 accounts bringing the total number of permanent bans to 300,000.

Here’s part of what the team had to say about the cheating issue. “We know cheaters are constantly looking for vulnerabilities, and we continue to dedicate resources 24/7 to identify and combat cheats, including aimbots, wallhacks, trainers, stat hacks, texture hacks, leaderboard hacks, injectors, hex editors and any third party software that is used to manipulate game data or memory.”

We should also hear much more about the steps the developers are taking going forward. According to their recent blog post, updates from Raven Software about their anti-cheat progress should come monthly at a minimum from now on.

Let’s cross our fingers they get an even better handle on the cheating soon.