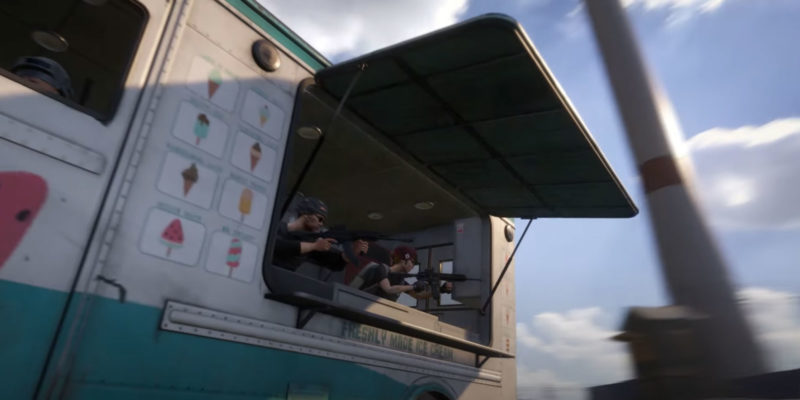 A new update is live on PUBG’s test server, and it’s what’s not there that caught my attention. A quick scroll through the patch notes shows no changes to the Blue Chip Detector or the MP9.

If you haven’t fired up PUBG lately, the Blue Chip Detector scans your immediate surroundings every five seconds, revealing nearby enemies.

Either the devs are still gathering data on its usage, or it’s not as powerful as we all think. The new gadget is ridiculous if you’re dropping into a busy area like Arena or Lodge. Or, when you’re pushing buildings mid to late-game. I still go back and forth on whether it’s good enough to replace a second gun. It’s tough dropping a sniper rifle for it, even though it’s a pseudo wallhack.

I won’t be shocked if the devs eventually opt to give it a longer cooldown between scans (it’s five seconds right now) or trim its 100-meter range. Whatever they end up doing, it’s not happening with update 19.2.

The MP9 will also remain untouched. This thing shreds in close-range fights. It reminds me of the P90 with a smaller mag. Again, I’m not expecting any crazy nerfs – but some eventual tweaks to the recoil wouldn’t surprise me.

So what is Update 19.2 bringing to PUBG? A new vehicle, map optimizations, an animation refresh, and a heavy stock are the highlights.

The Food Truck will be a Deston map exclusive and features a large window on one side.

Animations aren’t seeing a massive overhaul, but the refresh cleans things up. Here’s an example:

We’re also getting a new weapon attachment with the heavy stock. You’ll get a 5% boost to vertical/horizontal recoil control and recoil recovery, but ADS speed and hip fire accuracy get dinged by 10%.

Update 19.2 also brings changing weather to Deston, and tweaks across Deston and Taego to improve cover in various locations.

You can try out the new stuff right now on test servers. Look for Update 19.2 to hit live servers next week.