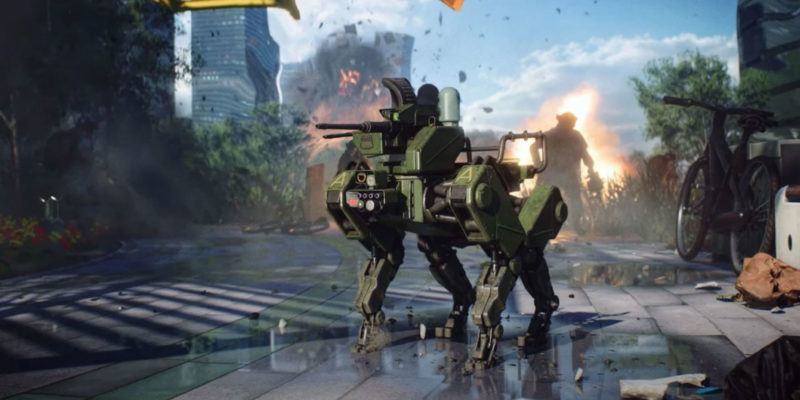 When the first bits of Battlefield 2042 details were released, we learned DICE will be using bots in a franchise first to keep those 128 player servers full. The developers said they would be “used for server-filling capabilities, ensuring matches remain full, no matter your location.”

The Verge recently got some clarification on exactly how many bots could be in any given match. The good news is, you should never be in a game with just bots. DICE is capping the number at 64 players, or half of a full 128-player server.

There are also no plans to offer an option to turn this feature off. But the developers stress that human players always take priority. As long as there is a healthy population, we should see few, or no bots.

On paper, adding bots is a good call. It should be a big help for regions where the Battlefield player base might not be big enough to support tons of 128-player matches. Then again, based on the initial reception to the reveal (tens of millions of views), Battlefield 2042 servers should have no issues serving up matches with all real players.

Honestly, I hope bots are a feature DICE keeps in its back pocket – but doesn’t use at launch. Battlefield is all about the “only in Battlefield moments” that organically happen across a match. Bots strip that away and remove any tension a real player could offer, no matter how bad they may be at the game.

Or, maybe limit bots to private matches. Give new players a spot to practice the mechanics, or check out the maps without worrying about real players during a regular game.

Barring DICE completely dropping the ball at launch, the bots should be a non-issue in the near term.

Battlefield 2042 is coming to Xbox, PlayStation, and PC on October 22.