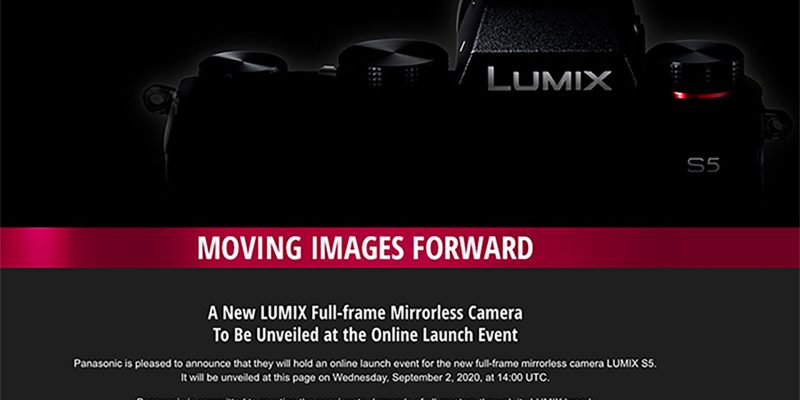 Another day, another batch of leaks surrounding a mirrorless camera. It’s almost like there’s not a global recession happening. Hey, do you, camera manufacturers. The Panasonic S5 is already confirmed to launch on September 2, but now Nokishita has revealed what is purportedly a portion of the press release. It can’t be all of it. Way too short, and press release writers love high word count.

The big headline has to be the price of $2000. If you looked at it alone, that’s about right for an entry-level full-frame mirrorless camera. One problem. The Panasonic S1 is also $2000.

Judging by the leaked text, Panasonic is going hard after vloggers. Or content creators. Flip-out screen, baby. Wait, the S1 has a flip-out screen too? Hmm…

Honestly, the leaks point towards a more low-light beast on the level of the Sony a7s III. Granted, it won’t be a 4K monster, but 4K60p for $1500 less? I can get behind some L-Mount alliance if the autofocus isn’t horrible. Sure, 4K120p is incredible, but let’s be real on workflow here.

You either hate your laptop or have a hell of a desktop. I’m talking topline GPU and CPU. 4K edits ain’t happening on anything less, or your office will be warmer than a Canon R5 after a 10-minute 8K short film.

Jokes aside, Panasonic may have something here. Let’s dive into the press text. It’s Google translate, so it’s been edited a bit for clarity. You can tell some of it is missing, but the general gist is there.

LUMIX S5 full-frame mirrorless camera is designed especially for content creators. Latest advances in image resolution, image stabilization, and autofocus all in this compact camera that is the signature of LUMIX.

Experience extraordinary video recording in 4K 60p, 4:2:2 10-bit. It also offers a Full HD 180fps Slow Motion option as well as 4:3 Anamorphic support. This is what makes S5 perfect for use when taking still photos or as a vlog camera.

The compact nature of the S5 is one of the signature features of the LUMIX series. To ensure that your camera withstands tough field use, the S5 comes with a dust and splash resistant construction. Optimized heat dispersion ensures a stable, continuous video recording without interruption.

One of the expanded features of LUMIX S5 is the Live View Composite mode, which instantly creates a stunning image out of several live shots; the shutter releases at designated intervals of exposure time to merge the bright parts into a single image. Useful for shooting fireworks or a starry sky.

Ok, every company wants in on the vlogging camera market. It’s sort of like how every YouTube personality is suddenly a stock market analyst. Any camera can work as a vlogging solution. Some are easier than others, but the marketing behind it is overblown. Lighting and audio. Seriously. If you have a camera from the past 3-4 years, invest in lighting and audio first. Then upgrade your camera.

What I feel Panasonic is not pushing hard enough is they potentially have a cheaper Sony a7s III on their hands. And it’s a hybrid for stills. Yes, 12MP is enough for photos, but let’s be real. The a7s III is decidedly video-centric. In a way, so is the Panasonic S5, but it has a megapixel count that places it in direct competition with the Sony a7 III.

What it will come down to is how well it plays in the real world. The leaked press text promises quite a bit, but it still has to show it can deliver. My main concern is autofocus. Can Panasonic nail it? If it can, and it plays well within the L-Mount lens alliance, we may be looking at a serious contender.

If the Panasonic S5 can pull off what the press text claims it can, Sony and Canon have one hell of an exposed flank. Especially Sony. The company can argue lens selection against Canon. Against Panasonic? That would be a no. Sigma is in the L-Mount alliance.

I’m excited for September 2. I want to see Panasonic blow everyone away. Yeah, it’s not the glitzy, high-end mirrorless camera releases like the Canon EOS R5 and Sony a7s III. That’s the point. A $2000 camera that can pull off similar low-light performance of the new Sony? Oh hell yeah. Bring on the competition. It would immediately force Sony’s hand on the Sony a7 IV. Video features will have to be beefed up dramatically.

It would also lend some excitement to the more prosumer market segment. Even if you have a sizable budget, $3500 for a body and then lenses isn’t remotely accessible for the majority of users in the current economic climate. Here’s hoping Panasonic delivers, and the mirrorless camera wars continue.

Count me in for competition that benefits consumers.