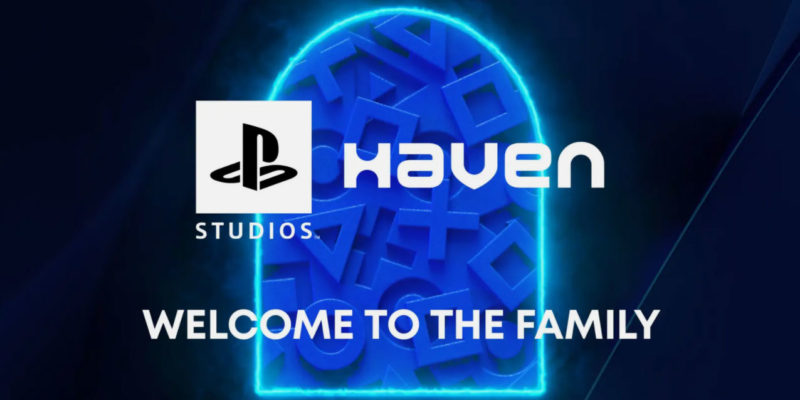 The acquisition isn’t all that surprising since the folks at PlayStation have been working closely with Haven Studios since right before they announced the creation of the studio. Here’s what Herman Hulst, Head of PlayStation Studios, had to say about today’s news.

“From their first pitch, we were inspired by Haven’s vision for creating a modern multiplayer experience that brings gamers together in positive and meaningful ways. We were confident in their creative and technical expertise to deliver on such an ambitious project and were thrilled to invest in their journey developing a new, original IP for PlayStation.”

Here’s Jade Raymond on what Haven is working on.

“We’ve made amazing progress in a short time thanks to our talented, passionate team and their exceptional contributions. We established a culture at Haven grounded in kindness, adaptability and courage that unlocks creativity. Our first new IP for PlayStation is on track to deliver a AAA multiplayer experience with a vision to build a systemic and evolving world focused on freedom, thrill, and playfulness that will keep players entertained and engaged for years.”

Nothing too specific on what the game is actually about besides it’s a “AAA multiplayer experience.”

Their ‘Careers’ page suggests the game may run on Unreal Engine. Experience with Unreal Engine appears as a preferred qualification under the Senior Tools Programmer, Senior Rendering Engineer, and AI/Core Gameplay Engineer pages.

With Bungie and now Haven, PlayStation Studios is shoring up its one weakness – first-party multiplayer games. Last month, PlayStation said they plan to launch more than ten live service games before March 2026. Whatever game Haven Studios is working on is sure to be one of them.